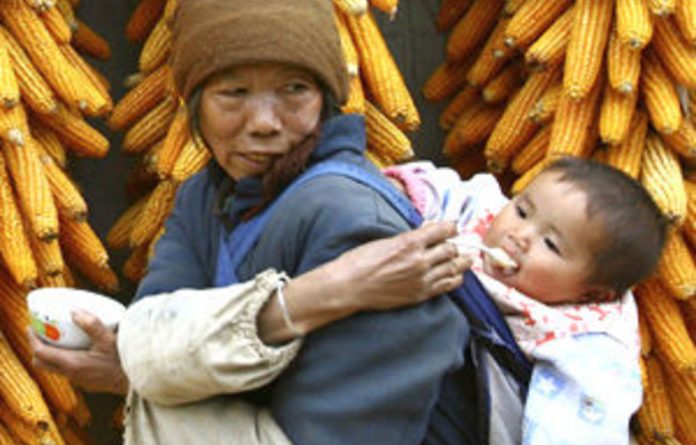 Extreme weather and market forces have affected the price of food worldwide, from tomatoes in Israel to cabbage in South Korea.

Cabbage in South Korea
To South Koreans, the long-leafed cabbage is part of the national identity as the most common staple ingredient of kimchi, the spicy pickled vegetable dish that accompanies every meal.

But a frosty spring and hot summer followed by autumn floods ruined this year’s crop and caused prices to rise between three- and five-fold.

The Chinese press reported that heads of cabbage were selling at a record high of 13 800 won (about R86) in Seoul in September. Some restaurants have even started charging for kimchi, a development akin to McDonald’s asking people to pay for ketchup.

Garlic in China
Garlic was last year’s best-performing commodity in China, Morgan Stanley says, and it has continued to appreciate.

Until last spring, it cost as little as four jiao (about 45c) a kilo, prompting many farmers to turn to other crops. But by April last year, demand was far outstripping supply and the price began to rocket.

A bad harvest this year sent it up again and caused speculators to pile in; some reportedly made hundreds of thousands of pounds trading warehouses-full.

This July, the price hit a high of 13 yuan (about R14) — where it remains. For Chinese consumers it is only the most painful example of rising food prices. — Research by Cui Zheng

Tomatoes in Israel
They are as much part of the Middle Eastern diet as hummus and olive oil, but the cost of a kilogram of the usually ubiquitous red fruit has risen seven- or eight-fold in Israel and Palestine in the past month as a result of the scorching summer.

The Israeli government has waived taxes on imported tomatoes for the rest of the year to help counter shortages resulting from the unusual heat. The exemption applies to 4 000 tonnes of the fruit, mainly from the Netherlands.

According to Gidon Bromberg of Friends of the Earth Middle East, “we’re seeing the impact of global warming. We can see real changes having to take place on how we grow food for our basic dietary needs.”

Maize in the United States
Maize prices in the US have soared this month amid fears of shortages, a rise that could lead to higher food costs. The market has been volatile, with prices surging after a federal government report of reduced crops because of weather extremes in the maize belt, fluctuating between too much rain and too much heat.

Although prices have been dropping over the past few days, they are still way above average.

Maize is a prime source of feed for poultry and dairy cattle and the rising costs could force farmers to reduce their herds.

Maize prices, which had risen after reports of poor crops elsewhere around the world, shot up further when a US agricultural report forecast maize crops would be 3% down on last year.

About a third of grain supplies in the US is used for the production of ethanol.

Bread in Russia
The price of bread has risen dramatically in Russia following the heatwave in August, which wiped out more than a fifth of the country’s grain crop.

Prices have risen by at least 20% over the past two months, with further rises likely. The Kremlin responded to the August drought by banning grain exports, a move that prompted accusations of protectionism and led to an increase in grain prices worldwide.

Sugar in Pakistan
Wheat may be Pakistan’s staple food, but milky chai (tea) with a mound of sugar is the national drink. Annual consumption of sugar is around four million tonnes. It is also the country’s second largest cash crop, after cotton. Consequently, the price of sugar is of great importance — and in recent years the news has been bad.

Demand for sugarcane has dramatically outstripped supply, pushing up prices and leading to stiff political consequences.