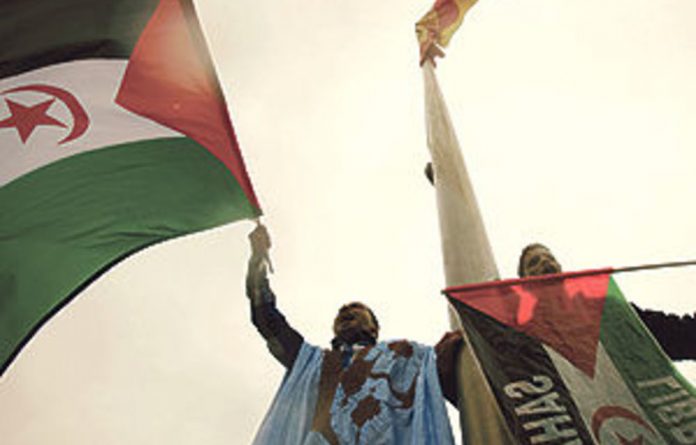 While on a tour aimed at reviving talks between the two sides in one of the world’s longest running conflicts, Christopher Ross, the United Nations special envoy for the Western Sahara, stressed that there was a “need to lessen tensions and avoid any incident that could worsen the situation or hamper discussions”.

The vehicles were approaching the Gdeim Izik, a huge protest camp that has sprung up outside El Aauin, Western Sahara’s capital.

Over the past fortnight about 10 000 Saharawi protesters have joined a mass exodus, moving out of cities across the country to join the tented city.

The Moroccan authorities see the camp as an act of provocation.

Forgotten by the world
Saharawis view it as a means of highlighting the population’s opposition to a 35-year Moroccan occupation largely forgotten by the rest of the world.

Moroccan forces were quick to surround the camp and there have been a number of violent clashes between protesters and the police.

Camp organisers accuse the Moroccans of preventing supplies from reaching the camp.

The Moroccan’s have not denied restricting access to the camp, but reject claims that Sunday’s shooting was an act of aggression.

Whatever the truth, it is clear that this latest violence will do little to “lessen tensions” before talks that are due to start early in November.

Slow progress
In spite of many attempts to break the long-running diplomatic stalemate, progress towards a resolution has been tortuously slow.

A political solution is the only way forward and the international community has a responsibility to help nudge the conflicting sides to the negotiating table.

Stefan Simanowitz is a journalist, writer and mediator

Stefan Simanowitz
Stefan Simanowitz is media manager for Amnesty International responsible for Europe.He was freelance journalist for many years, reporting from Africa, the Middle East, Europe and Asia for numerous publications and some broadcasters.He has always been a campaigner and has worked for organisations including UNICEF, the ANC, NCVO, Citizens Advice, Liberty, ARVAC and Save the Children.
Facebook
Twitter
WhatsApp
Linkedin
Email
Telegram