Beacon of regional tolerance in Yeoville 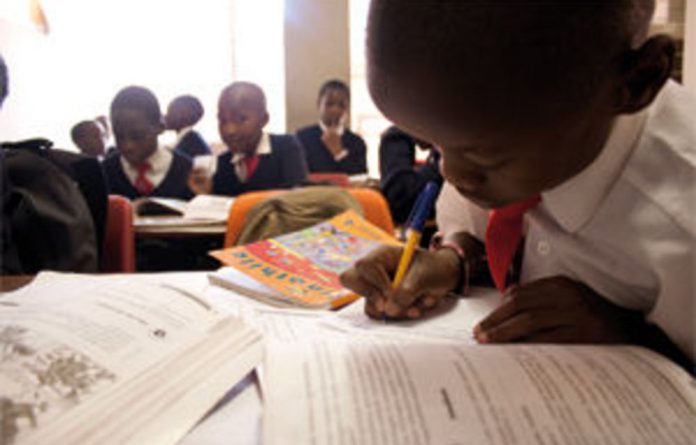 At break the pupils of Yeoville Community School in Jo’bur g walk over to open fields at neighbouring schools because they don’t have a playground. Their school building is too small to accommodate the almost 800 learners and there aren’t enough toilets.

Most of the pupils come from African refugee families and they often start their day in the classroom on an empty stomach. But, despite these challenges, principal Matumelo Mente declares: “We just go on teaching. It’s our job.”

Mente has been at the school since it opened in 1993. Originally the aim was to teach child returnees who lived with their South African parents in exile during apartheid. Back then, the public primary school had fewer than 300 pupils.

“In 2003 we started receiving a large number of learners from the Democratic Republic of Congo and Zimbabwe. Now, we also have large numbers from Angola, Mozambique and other African states. “We need to face poverty and overcome it at school,” says Mente.

As more Africans from conflict-torn lands have arrived on South Africa’s doorstep, public systems such as education and health have felt the impact. At the Yeoville Community School, 70% of the children are documented and undocumented immigrants and the remaining 30% come from poor South African families.

Like other public schools in poorer suburbs, it responded to hunger at school by launching a feeding scheme that offers pupils a meal at school each day. Food is sourced from the school’s vegetable garden. Pupils also receive food parcels during the school holidays, says Mente.

“Children from our school live in bad conditions. One of the social workers we work with found six families living in a flat. That creates a challenge. Some of the pupils come to school tired because they don’t get much rest,” says Mente. “Some of them don’t have bathrooms and there’s stress at home.”

The school has had to deal with the challenge of accommodating pupils who don’t speak English. Mente says the teachers have devised a “pairing” method. “It’s a challenge in the early months of the school year, because they don’t understand the teachers. Many of the learners speak French.

We pair them with older children who also speak French,” says Mente. “Luckily, kids pick up languages easily. We encourage peer learning in this way.” Mente says accommodating pupils from refugee populations means that the school has become drawn into the legal issues involved.

“In the past we accepted children from all over, whether or not they had documentation. The education department has since said we need to get this documentation, so we have told parents that they need to bring the child’s birth certificate to the school within three months of enrolment,” says Mente.

“We are not the police, so we can’t check if the foreign children are legally in the country or not. We just go on teaching.” The school has to be aware of broader social issues such as xenophobia, though Mente says discrimination against foreigners has never been a problem.

She says her multinational school has long encouraged tolerance. “Anti-xenophobia is a topic we try to infuse in all our teaching and learning areas. Our learners understand that they are from diff erent cultures and countries. They are used to living with foreigners and learning each other’s languages.”

And the school provides countless opportunities for learning about different cultures. An example is the International Day of Peace celebration held annually on September 21. “Children come to school and show everyone their culture on Heritage Day,” she says.

‘When we have our Fun Day, we have tables where parents from different countries sell their traditional food at stalls. “This environment encourages tolerance and there’s no hostility between learners.”

Chairperson’s Award judges praised the school for providing access to education for undocumented and poor migrant children in the face of the South African education system’s general hostility towards undocumented migrants.

“It is an outstanding example of building a united regional community in Southern Africa,” the judges said. “The school sends the right message about real learning for a better future in our region.”