The day the president came calling 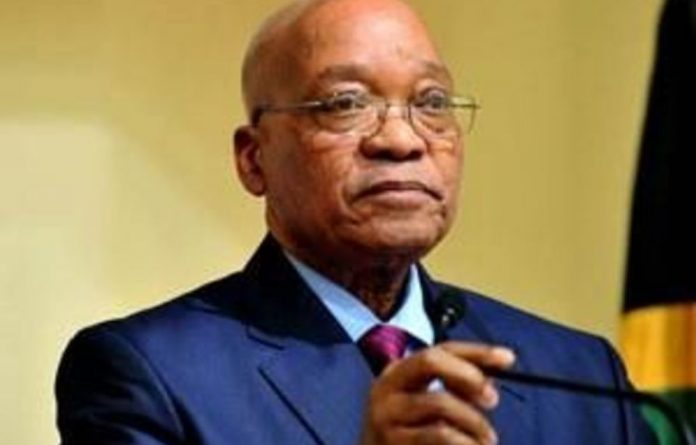 Fatima Chohan was grocery shopping with her toddler daughter, Bathabile Dlamini was sleeping off her jetlag and Ayanda Dlodlo was window-shopping in Sandton.

The new members of President Jacob Zuma’s executive were sworn in on Monday and everyone had a story to tell about where they were when their cellphones rang on Sunday afternoon to inform them they were being called to higher office.

Former parliamentary portfolio committee chairperson Fatima Chohan is a veteran MP and was a rising star during the years of the administration of president Thabo Mbeki, but has kept a low profile during the Zuma presidency. Zuma appointed her on Sunday as the deputy minister of home affairs.

She told the Mail & Guardian: “I was doing grocery shopping when the call came. So I was right there in the middle of the baked beans aisle when the president was talking. My daughter was running off so I had to try to manage her at the same time.”

Dlamini, who served as deputy social development minister and is now promoted to the full ministership, was embarrassed when her personal assistant told Zuma when he rang that he must call back because Dlamini “needs to rest”.

Dlamini had just returned from the United States and was able, due to a Luthuli House meeting that was cancelled, to take a quick nap.

“My PA came to my house to talk me through my engagements for the week. She answered my phone and said to the president I must rest because I just came back from a long trip. When she woke me I was so embarrassed,” she giggled.

Zuma’s parliamentary counsellor, Ayanda Dlodlo, stole the show at the swearing-in ceremony at the presidential guest house in Pretoria on Monday, where she was dressed to the nines in a tight-fitting purple dress and emerald-studded jewellery, to be sworn in as deputy minister of public service and administration.

Window-shopping
She was window-shopping in the five-star Michaelangelo Hotel for a new watch when she received an SMS from Lakela Kaunda, head of Zuma’s private office, summoning her to Pretoria.

“My first thought was ‘Oh no, what have I done now’. I was really scared that I had done something wrong.”

Even after she was told about her promotion to deputy minister, the fear did not subside and Dlodlo said by Monday morning she was suffering from diarrhoea due to nervousness.

After the swearing-in, new Minister of Sport and Recreation Fikile Mbalula was promptly taken aside by his deputy, Gert Oosthuizen, who gave him a quick rundown of what is happening in the department. Mbalula afterwards confidently declared the department would focus on transformation and promised there would be “lots of movement”.

“When I talk about recreation I am not talking Kenny Kunene style, I am talking about moving around.”

Kunene is a Johannesburg businessman who came under fire recently for throwing a lavish birthday party.

New Communications Minister Roy Padayachie was one of the few appointees who will hit the ground running.

“Our priority is to intervene on the issue of the SABC board because the people deserve a public broadcaster that is functioning.”

Another priority is to ensure the department is rebuilt following the massive problems caused by the breakdown in trust between the previous minister, Siphiwe Nyanda, and his director general, Mamodupi Mohlala.