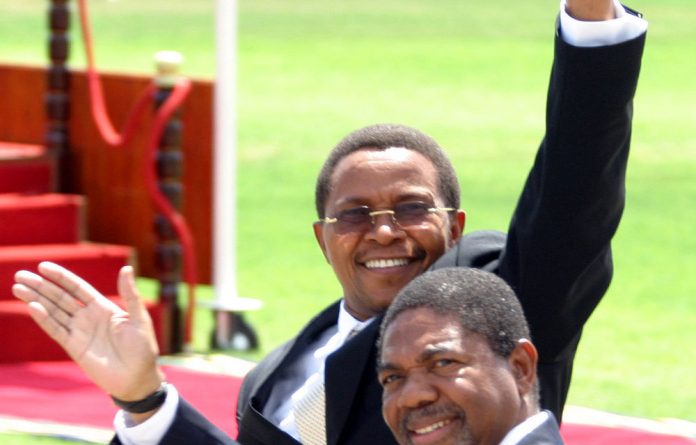 The ruling party candidate of the semi-autonomous Zanzibar island just off the coast of Tanzania won the presidency on Monday as the mainland awaited its results from the mostly peaceful weekend general elections.

The two congratulated each other and vowed to work together in a power-sharing government adopted in a July referendum to end recurring election violence on the island.

Under the system, Hamad, of the Civic United Front (CUF), would be the first vice-president, while the CCM will name a second deputy president.

“I take this opportunity to congratulate Ali Mohamed Shein. I believe Mohamed Shein has the ability to lead this country. I am certain he will have wise leadership and unify our country,” Hamad said.

Zanzibar, an Indian Ocean archipelago, merged with mainland Tanzania in 1964 but has maintained its own president and government.

“I want to assure Seif Sharif Hamad and other Zanzibaris that I will serve them with great respect. All of us have won these elections, all Zanzibaris,” said Shein.

Tanzanian presidential elections
On the mainland, full presidential results were yet to be announced and it was still unclear who had the outright lead between incumbent President Jakaya Kikwete and his five opponents.

Kikwete has predicted his CCM party would win with a landslide.

Results from only 14 of the 239 constituencies had been officially announced by Monday by the electoral commission in Tanzania.

The head of the Commonwealth Observer Team Paul East said vote counting on the mainland had been done “according to the regulations”.

“Despite a few reported glitches … once again, Tanzanians have demonstrated to the world their impeccable credentials for peace and tranquility,” said the state-owned Daily News newspaper.

Vote riots around Zanzibar
Earlier in Zanzibar, Shein’s lead caused some tension, with around 500 CUF youths gathering around the headquarters of the electoral commission singing and chanting “Why the delay?” and “You are tampering with results.”

Riot police were deployed and brought in a water cannon but it was not used it and most businesses close by were still open.

Campaigning in the run-up to this year’s polls was the most competitive since the vast east African country returned to multi-party politics in 1992.

Opinion polls gave Kiwkete a wide margin over his rivals but his victory is expected to be narrower that his 80% sweep to power five years ago.

Tanzania, unlike most of its neighbours, has enjoyed relative political stability since independence in 1961. — Sapa-AFP