Ombudsman: City Press did nothing wrong 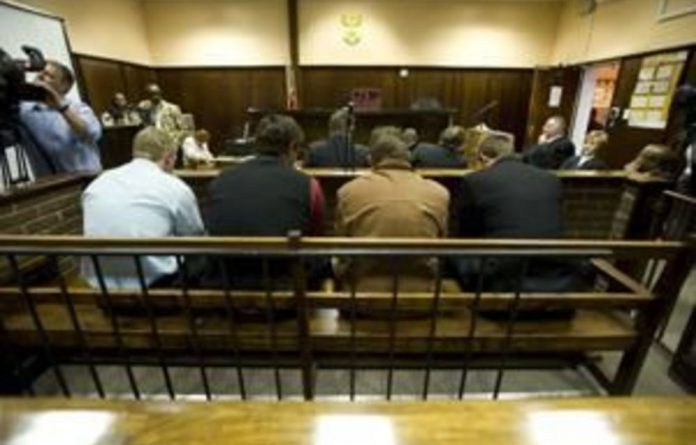 A complaint lodged against the City Press for calling the subject of a story relating to the Reitz Four a right wing group was dismissed by the press ombudsman on Wednesday.

RH lodged a complaint against the newspaper saying the headline was misleading and that it had made no attempt to contact Lara Johnstone, who was representing the group, for comment, Deputy Press Ombudsman Johan Retief explained.

Both complaints were dismissed by the ombudsman.

Johnstone at the time had applied to intervene as a friend of the court in the Reitz Four trial.

RH was unhappy about the phrase “rightwing group” and the word “scupper”.

City Press said Johnstone, in her application in the Reitz Four trial, said apartheid was not a crime against humanity, but a just war for “Afrikaner Demographic Survival” and she renounced the Truth and Reconciliation Commission.

“No ‘definition’ on earth will change this situation and merit its use in the South African context. It is reasonable for the newspaper to use the word ‘right-wing’ if only for the fact that she keeps on defending the use of this word,” he said.

City Press used the word “scupper” as Johnstone brought the application at the moment of sentencing in the highly publicised and race-related trial.

The dictionary definition of the word, Retief said, was to “wait in hiding to attack” or “put in a dangerous, disadvantageous, or difficult position”.

He said considering Johnstone’s timing and the nature of the Reitz Four trial, it was reasonable to accept the word as “reflective of what transpired”.

The complaint was therefore dismissed.

‘Standard journalistic practice’
On Johnstone’s complaint that she was not afforded the right to reply, Retief said, the paper was reporting on a court case and was therefore under no obligation to ask Johnstone for comment.

This complaint was also dismissed.

The Reitz Four were former University of Free State students who were sentenced to a R20 000 fine each or 12 months imprisonment for crimen injuria.

This came after they involved a group of black staffers in the filming of a video which included a scene where staffers were on their knees drinking a mixture which was allegedly urinated in.

The lawyer for the white students said that they had only pretended to urinate in the mixture.

The story in the City Press said that in its founding affidavit RH attacked the Truth and Reconciliation Commission and called the trial against the Reitz Four “a grave injustice”, Retief said.

Johnstone was also quoted as saying that the Reitz Four were “used as scapegoats in a race war”. — Sapa