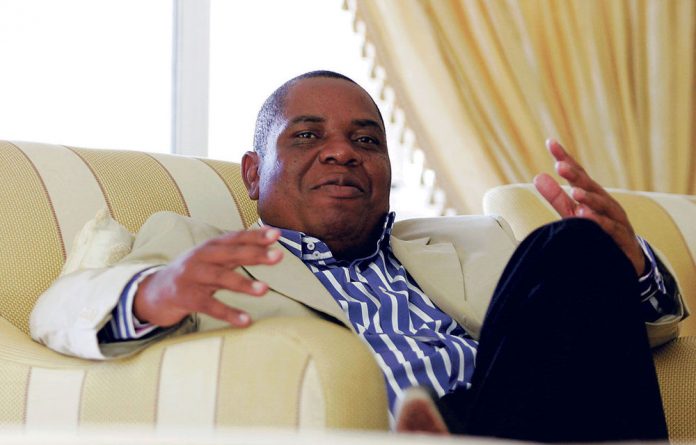 IT tycoon Robert Gumede and the SABC on Wednesday launched an extraordinary smear on the Mail & Guardian and amaBhungane journalists to pre-empt an M&G exposé to be published this Friday.

In an interview carried on SABC’s prime time news bulletin, Gumede accused the M&G, amaBhungane managing partner Sam Sole and outgoing associate partner Adriaan of a vendetta against him. He accused Sole of having taken bribes from Gumede’s business-partner-turned-enemy, John Sterenborg.

M&G is to publish an exposé relating to these payments on Friday.

After recording its interview with Gumede, the national broadcaster belatedly approached the M&G for comment, which it distorted.

M&G editor Nic Dawes said the SABC spent substantial time filming Gumede and then phoned him, at 5.30pm only. ‘That is an hour an half before the [7pm] bulletin when the piece must have already gone through production— I just can’t fathom,” said Dawes.

The M&G said in a statement released on Wednesday night that Sole was working at the time for the investigative magazine Noseweek, and that its editor Martin Welz reached an agreement with Sterenborg that Sterenborg would cover the cost of Sole flying from Durban to Johannesburg to hear Sterenborg’s story.

“Noseweek could not afford such expenses at the time for a speculative journey. This was Mr Welz’s decision not Mr Sole’s.”

“In the end Mr Sole paid for the ticket and was reimbursed by Mr Sterenborg and this payment constituted no benefit to Sole. Sterenborg’s story, which included allegations about Mr Gumede, was not backed by sufficient evidence and no story was ever written by Sole for Noseweek, let alone published. The attempt by Mr Gumede to portray this as ‘bribery’ or ‘corruption’ is simply unsustainable.”

Gumede also laid an unprecedented pre-emptive complaint with the press ombudsman, the press appeals panel and the chairperson of the South African National Editors’ Forum (Sanef).

In a press release Gumede expanded on his smear, claiming his treatment at the hands of the M&G was cause to support the ANC’s proposed Media Appeals Tribunal.

The M&G will publish a full response on Friday — and the story that Gumede tried to stop through his smear. Watch this space.

How Tsotsi left the Eskom building

Going down on Fifty Shades

Zuma’s got the upper hand – and he knows it