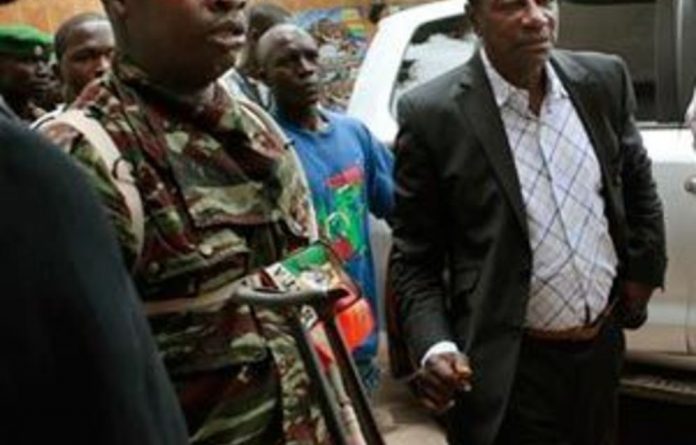 Guineans hope to finally elect a civilian president on Sunday in a run-off race that has pitted two ethnic groups against each other, threatening to upset the first democratic vote in more than 50 years.

The crucial run-off has been delayed twice since a first round of voting more than four months ago in a campaign marked by violent clashes and mistrust between rival supporters of candidates Cellou Dalein Diallo and Alpha Conde.

Diallo (58), a former prime minister of Fula ethnicity and Conde (72), a Malinke and veteran opposition politician, are each vying to become the country’s first civilian president after 52 years of despotic and military regimes.

Diallo is the poll favourite, having won 43% of the vote in the first round, while Conde came in with 18%.

Since the June 27 election, widely hailed as peaceful, hostility has mounted between the two camps who have accused each other planning to manipulate the vote.

Series of attacks
A rumour that Diallo’s camp had poisoned water distributed at an election rally on October 22 which left scores of Conde’s supporters in hospital, led to a series of attacks on the Fulani and left at least one dead.

According to humanitarian organisations, as many as 2 000 people fled their homes.

A main concern among observers is what will happen once results are released.

The International Crisis Group (ICG) said in a statement it had identified “a conflict risk” in Guinea.

“There is a very large risk that people will take to the streets after the results are announced, because the message from the political parties is ‘if we don’t win, it is because cheating took place’,” said Richard Moncrieff of the ICG in Dakar.

Guinea has been under the interim rule of a part-military, part-civilian government since January, led by General Sekouba Konate, which took over from a junta that orchestrated a coup in December 2008 when President Lansana Conte died.

For Guineans, who have known only authoritarian and military rule since independence from France in 1958, the stakes are high.

‘Fragile stage’
Paul Melly, an associate fellow with Chatham House in London, said that the country was still “at a very fragile stage” as it goes to vote less than two weeks after ethnic clashes.

“This really is the first properly democratic election in Guinea since independence, so can they actually carry it out and produce a result accepted as legitimate by more or less everyone?

“Can the government machine operate properly? Will the army accept the outcome, and if the new government then embarks on reforms, will army traditionalists accept this?”

The country’s powerful military has long held sway and has come under fire for its brutality, most recently at the end of 2009 after a bloody massacre where security forces opened fire on a crowd protesting the military junta.

More than 150 people were killed, with horrific scenes of sexual violence reported, and a United Nations report named then coup leader Moussa Dadis Camara and his aides as being responsible.

“There are some ministers and very senior military who might have reason to feel very nervous,” said Melly.

Meanwhile, the average Guinean in the poverty-stricken nation is desperate for a turnaround in the economy of a country with considerable mineral wealth as the world’s second largest bauxite producer, and massive iron-ore reserves. — AFP

Democracy is still a dream in Guinea