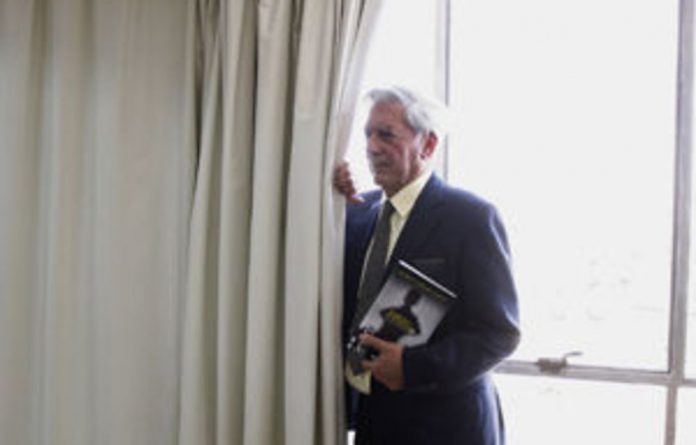 Why is it that translation only gets noticed when it fails miserably? There are plenty of examples of these linguistic boobs, such as this notice on the lawns of a public park somewhere in China that reads: ‘Grass has life. Please hold your foot.”

It’s the kind of stuff that gets circulated as joke emails.

The skilful, intelligent works that open the door to a strange new world, like stepping into a walled Persian garden, seem a mirage ­– not because they don’t exist but because they so often seem to shimmer and vanish.

Let’s pretend for a moment this is an article about great writers (maybe I can convince you it is). I could name-drop Gregory Rabassa, William Weaver and Frank Wynne. You’ve never heard of them? But you probably have read One Hundred Years of Solitude, The Name of the Rose and Atomised. Rabassa, Weaver and Wynne are the English ­translators of those three novels.

Their names don’t appear on the covers of those three books, so perhaps it’s not very surprising that students diligently study the translated works, quoting ‘García Márquez” or ‘Eco” or ‘Houellebecq” in their essays. Reviewers pass erudite judgment on the language and style, for example in a quote from the Financial Times on the back of my copy of In The Name of the Rose: ‘The late medieval world — its lifestyle, its intense political and ecclesiastical intrigues — its steamy and seductive currents of heresy of thought — all these are evoked with a force and a wit that are breathtaking.”

But wait a moment — ‘force and wit” are linguistic features. If they’re in the English version, it’s all ­Weaver’s doing.

I have no intention of detracting in any way from Umberto Eco or any other foreign author’s achievements or even suggesting that a translator supplant them. But with the 2010 Nobel Prize for literature going to Peruvian novelist and playwright Mario Vargas Llosa, who writes in Spanish, there’s bound to be a rush on translations of his works.

As a professional translator, I’m grabbing this brief shining moment to get on my soapbox and make a noise.

Some sort of flailing of arms and bellowing certainly seems to be needed. After all, from what I’ve already described, it’s clear that translators are practically invisible. The idea is neither mine nor new. Translation theorist Lawrence Venuti has written extensively about it. He argues that as a profession we are at least partly responsible for our collective disappearing act. That’s because a ‘good” translation is almost universally considered to be one that reads as though it weren’t one.

To illustrate this, Venuti opens his book, The Translator’s Invisibility: A History of Translation, with a quote by respected literary translator Norman Shapiro: ‘I see translation as an attempt to produce a text so transparent that it does not seem translated. A good translation is like a pane of glass. You notice that it’s there only when there are little imperfections — scratches, bubbles. Ideally, there shouldn’t be any. It should never call attention to itself.”

In Venuti’s opinion this approach to translation has become the universally accepted norm because it propagates two capitalist ideologies: consumability and individualism.

He explains the first by saying that ‘the less awkward, unidiomatic and ambiguous a translation is made, the more readable it is, and hence the more ‘consumable’ it becomes as a commodity on the book market”.

Individualism is perpetuated by the illusion that fluency creates — the illusion, to reprise Shapiro’s metaphor, of a reader being given a clear window on the author’s meaning and personality. This is deceptive because, as literary critic Roland Barthes demonstrated in the essay, The Death of the Author, even when reading an original work, it’s impossible to know precisely what the writer meant.

Furthermore, each reader’s interpretation is shaped by his or her own social circumstances, cultural background and experiences at a specific point in history.

The translator, too, is a reader whose work reflects his or her understanding of a text, and whose translation is in turn a fresh source for multiple interpretations. So what we should really be talking about is a hall of mirrors rather than clear panes of glass.

The solution Venuti proposes to the predicament is that translators should cast aside fluency for strategies that jar with the reader and remind them of the foreign origins of what they’re reading.
Although this sounds frighteningly like condemning anyone brave enough to read foreign authors to the onerous task of wading through pages of pidgin English, Venuti’s examples don’t indicate such a wholesale approach. Instead, he seems to prefer reserving the off-key choices for selected, recurring catchwords or the presentation of concepts. The idea is that, as a result, the central themes refuse to fit neatly into the target audience’s worldview and the readers are forced to review them from a new perspective.

This solution appeals to me on many levels. As someone who reads four languages, I revel in foreignness whether in the original languages or in translation. It also reminds me of one of the things that drew me to translation when I was still studying: the eerie thrill of playing the medium — channelling the voices of others. What I wrote didn’t seem to be my words.

It’s hard to tell whether this was simply because I was new to the practice or whether my early work was stilted. I suspect it had something to do with the strangeness of hearing this literary writer assume a knowing tone about finance and law — obligatory material during my studies.

Despite wanting to embrace this approach, I see it as posing a circular dilemma in which it’s impossible to distinguish cause from effect. Aside from highlighting the hand of the translator in a book, Venuti’s proposal also presupposes that when the language skips a beat, a contemplative process will be triggered in readers. This may seem cynical, but I think the general reading public is more likely to dismiss the irregularity as an error or unintentional flaw without giving it a second thought.

In other words, readers need to be educated out of their consumerist and individualist approach to books and, above all, translation before they are likely to consider textual anomalies as anything more than an annoyance. The question is: Which must come first, the change in translation methods or the social conditions that sustain them?

And where do we go from here? I can only say, keep reading through a glass darkly.

Lost in translation: ‘Hilarious’ mistakes can be dangerous, too