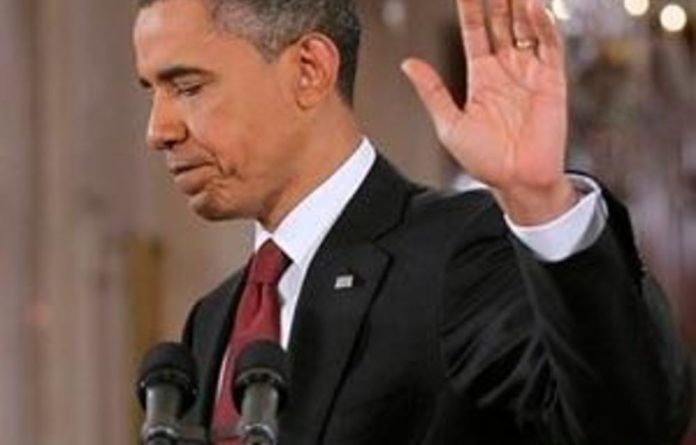 US President Barack Obama admitted in an interview aired on Friday that he focused on policies but failed to rally people behind those initiatives, leading to Republicans’ big gains in congressional elections this week.

“We were so busy and so focused on getting a bunch of stuff done that we stopped paying attention to the fact that leadership isn’t just legislation,” Obama said in an excerpt from a CBS 60 Minutes interview to be broadcast on Sunday.

Republicans describe their Tuesday midterm elections win, in which they took control of the House of Representatives and gained seats in the Senate, as a repudiation of the healthcare reform law and economic stimulus programmes that dominated Obama’s first two years in office.

But the president told CBS he would seek to mend his ways in the run-up to his own re-election campaign in 2012.

“It’s a matter of persuading people, and giving them confidence, and bringing them together, and setting a tone and making an argument that people can understand,” Obama said.

‘In a rush to get this stuff done’
“We haven’t always been successful at that and I take personal responsibility for that. And it’s something that I’ve got to examine carefully as I go forward.”

Obama said he didn’t do a good enough job explaining the need for government spending on bank and car manufacturer bail-outs and the economic stimulus package.

“People looked at that and they said, “Boy, this feels as if there’s a huge expansion of government,” Obama said.

“What I didn’t effectively, I think, drive home, because we were in such a rush to get this stuff done, is that we were … taking these steps not because of some theory that we wanted to expand government. It was because we had an emergency situation and we wanted to make sure the economy didn’t go off a cliff.”

Obama at a news conference on Wednesday said he had lost touch with voters who delivered a “shellacking” to him and his Democrats.

Unveiling deals
Obama will tout several “significant” business deals as he courts Indian entrepreneurs and top US executives on the first day of his job-focused trip to India on Saturday.

White House officials said that Obama, kicking off a four-nation Asia tour, will seek an economic dividend for the slowly recovering US economy.

He will also pay tribute to India’s emergence as a significant security and economic power in Asia and bill it a cornerstone of his policy of deepening ties to a region he considers fundamental to America’s future.

“President Obama intends this trip to be and intends our policy to be a full embrace of India’s rise,” the president’s new national security advisor Tom Donilon told reporters on Air Force One.

Obama’s first act on Indian soil will be to pay tribute to victims of the November 2008 attacks by Islamist extremists in Mumbai, with a speech at the renovated Taj Palace hotel, the main focus of the strikes.

He will then throw the spotlight squarely on US-India business ties, as he seeks to pry open new markets to US exports and seek opportunities for American businesses to create jobs, in a bid to ease 9,6% unemployment.

He will speak to Indian entrepreneurs importing US technologies and top US executives from firms like PepsiCo and GE, before giving a speech to an audience including 200 US business leaders, officials said.

The speech and related announcements will send a “powerful message to the people of India and the people of the United States,” said Donilon.

Obama’s three-day stay in India is the longest time he had spent in a foreign nation as president, he added.

Officials said “significant” US-India business deals would be unveiled before the speech.

On Sunday, Obama will hold a town hall-style meeting in Mumbai before flying to New Delhi for talks and a state visit with Prime Minister Manmohan Singh, before moving on to Indonesia, South Korea and Japan. – Reuters, AFP