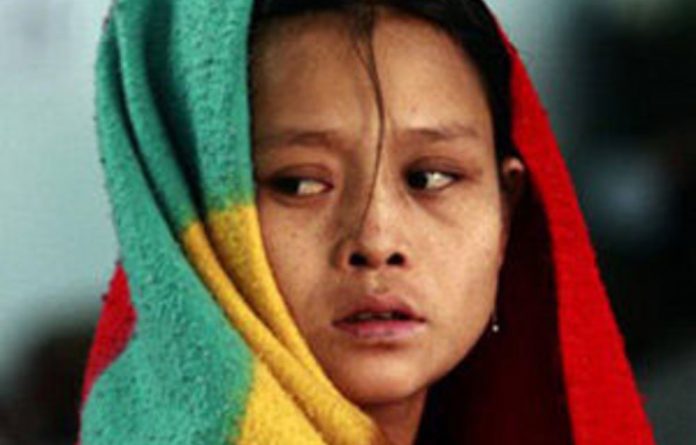 Burma held its first election in 20 years on Sunday under tight security, a scripted vote that assures army-backed parties an easy win but brings a hint of parliamentary politics to one of Asia’s most oppressed states.

Early results broadcast on state media favoured one of the two military-backed parties running virtually unopposed in a tightly choreographed end to half a century of direct army rule.

Final results may not be known for a day or more but complex election rules stifled any prospect of a pro-democracy upset in a vote witnesses said suffered from low turnout and irregularities.

Both US President Barack Obama and British Foreign Secretary William Hague described the election in separate statements as flawed and neither free nor fair.

“It will mean the return to power of a brutal regime that has pillaged the nation’s resources and overseen widespread human rights abuses, including arbitrary detentions, enforced disappearances, rape and torture,” said Hague.

“We’re falling asleep,” said an official at one polling station official in the commercial hub Rangoon before polls shut.

The vote will not bring an end to Western sanctions but may reduce Burma’s isolation at a time when neighbouring China has dramatically increased investment in natural gas and other resources in the former British colony.

Armed riot police stood guard at polling booths or patrolled streets in military trucks in Rangoon, part of a clampdown that includes a ban on foreign media and outside election monitors plus a tightening in state censorship.

The internet suffered repeated failures widely believed to have been orchestrated by the junta to control information.

It is the first election since 1990, when Nobel laureate Aung San Suu Kyi’s National League for Democracy beat the army-backed party in a landslide. The junta simply ignored that result.

Suu Kyi, detained for 15 of the past 21 years, urged a boycott of this poll, saying she “would not dream” of taking part. She could take the spotlight this week, however, ahead of the expiry of her house arrest on Saturday, November 13.

Her release could energise pro-democracy forces and put pressure on the West to roll back sanctions.

Military dominance
The junta’s political juggernaut, the Union Solidarity and Development Party (USDP), which is closely aligned with junta supremo Than Shwe, is top-heavy with recently retired generals and is fielding 27 ministers.

It is contesting almost all of the 1 163 seats that state TV said were up for grabs in Parliament and regional assemblies.

Results trickled in slowly. By late evening, state television had announced the USDP had won five of eight upper house and eight of 12 lower house seats, the rest going to minor parties. Candidates ran uncontested for all but two of those seats.

The USDP’s only real rival, the National Unity Party (NUP), also backed by the army, is running in 980 seats.

While the NUP and USDP are both conservative and authoritarian, they may pursue opposing social and economic policies in Parliament, ultimately fostering greater democratic debate in a country where an estimated 2 100 political activists and opposition politicians are behind bars, diplomats said.

An unexpectedly large vote for the NUP could also be seen as a subtle jab against Than Shwe since it is thought to be closer to a different faction in the army.

“They are not of the same machinery,” a Western diplomat said of the two dominant parties, citing tensions between the two on the campaign trail. “The USDP is very much the regime’s party while the NUP has a longer legacy,” he added, referring to its founding under the rule of late dictator Ne Win.

Ne Win was placed under house arrest in 2002 by Than Shwe, who accused him of treason. Ne Win died that year.

Fraud charges
Despite such differences, the military will emerge the unquestioned winner. Twenty-five percent of seats in all chambers are reserved for serving generals. That means army-backed parties need to win just 26% of seats for the military and its proxies to secure a majority in the legislature.

But the army appears to be taking no chances. At least six parties filed complaints to the election commission, claiming state workers were forced to vote for the USDP.

In Rangoon, many voters turned up to vote only to find their names not on electoral rolls, said Zaw Aye Maung, a candidate for the Rakhine Nationalities Development Party, the second-largest of 22 ethnic-based parties.

Hundreds of Rohingyas, a stateless Muslim minority in Burma, were given identification cards in Yangon and the right to vote in exchange for backing the USDP, he added.

Some voters who asked officials for help at ballot booths were told to tick the box of the USDP, witnesses said.

Thirty-seven parties are contesting places in a bicameral national Parliament and 14 regional assemblies. Except for the USDP and NUP, none has enough candidates to win any real stake due to restrictions such as high fees for each candidate.

Still, some analysts say the election will create a framework for a democratic system that might yield changes in years ahead in a country bestowed with rich natural resources and located strategically between rising powers China and India. – Reuters