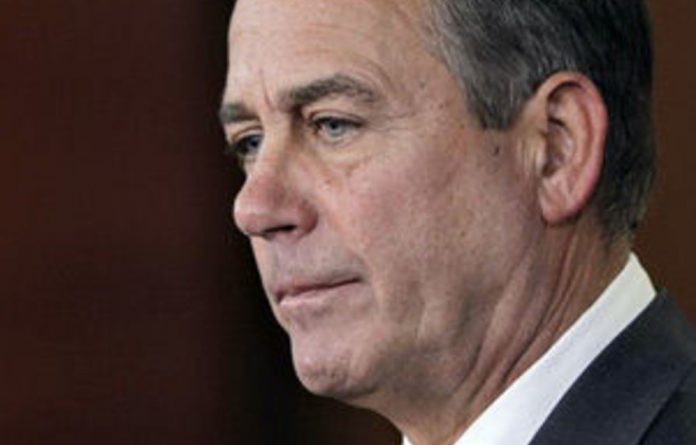 John Boehner, who is set to be the new Republican speaker of the House of Representatives, is one of the most lobby-friendly politicians in Washington, located at the centre of a web of corporate cash and influence.

The heavily tanned, golf-playing Republican congressman from Ohio will become one of the most powerful politicians in Washington when he replaces the defeated liberal icon, Nancy Pelosi.

The Republicans’ huge victory in last week’s midterm elections has effectively crowned him as the most senior Republican in office. He will spearhead the right-wing fight against Barack Obama and attempt to reverse many of the Democrats’ legislative achievements of the past two years, including trying to repeal healthcare reform.

But Democrats and liberal campaigning groups are hoping that the huge network of wealth and lobbyist influence around Boehner might be the chink in his armour. They point to his long history of consorting closely with wealthy, fast-living lobbyists which they say suggests he is distinctly out of touch with an American public still suffering from the impact of the Great Recession.

“It will become a tough issue for him. If the focus of the public goes on him and all the lobbyists around him, it could get very difficult,” said Professor Bruce Gronbeck, a political scientist at the University of Iowa and a specialist in the politics of scandal.

There is certainly a lot for Democrats and Boehner’s other political enemies to work with. His reputation in Washington circles is almost that of a Hollywood movie sterotype of the as a glad-handing politician with close ties to the capital’s lobbyists akin to a Hollywood movie sterotype. Several nicknames seem to sum up his style. The first is GTL, standing for “golf, tan and lobbyists”. The second is Boehnerland, a term used to describe the enormous network of powerful influence peddlers close to him who have donated hundreds of thousands of dollars to his campaigns and have taken him on dozens of corporate-funded private trips around the country.

The Thursday Group
Boehner makes no secret of his lobbyist links. He once organised a regular meeting of politicians and lobbyists called the Thursday Group — now disbanded — at which both sides discussed a shared agenda of reducing taxes and regulations on business. His close circle of lobbyist allies consists of some of the best known names in Washington power-broking circles. One important figure is Bruce Gates, the top individual donor during Boehner’s career giving more than $70&nbsp:000 to his campaigns. Gates’s wife, Joyce, spent two years as Boehner’s chief of staff and Gates himself has served as treasurer for one of Boehner’s fund-raising vehicles, the Freedom Project. He has a long list of big business clients including steel companies and is now in charge of government relations for the huge tobacco firm Altria, the parent group of Philip Morris.

Another senior lobbyist with close ties to Boehner is Henry Gandy who has lobbied for healthcare firms and financial giants such as Goldman Sachs. Other financial firms, such as Bank of America, have been represented by Marc Lampkin, once Boehner’s general counsel and now a lobbyist. Lampkin, like several other former Boehner staffers, has enjoyed the fruits of the “revolving door” between working for politicians and then working for lobbying firms. He continues to enjoy a close relationship with Boehner. The list goes on, including Sam Baptista who plays golf with Boehner and is a lobbyist representing Goldman Sachs and Discover Financial. “Many politicians have received significant money from lobbyists, but John Boehner does receive a lot of support from this industry,” said Dave Levinthal, a director at the Centre for Responsive Politics, which monitors lobbyist cash flows in Washington. “There is no indication that he is going to change his mode of operation.”

Infamous incident
Of course, every politician in Washington has links to lobbyists representing anything from banks to unions. But the scale and closeness of Boehner’s links has raised many eyebrows. Critics point to an infamous incident in 1995 when Boehner handed out cheques from the tobacco industry to politicians on the floor of Congress. He later apologised.

Watchdogs and Democrats point out that Boehner has a long record of resisting efforts to reform the lobbyist influence in Washington and has supported the agenda of big businesses. They point out that Boehner voted on measures that benefited health insurance companies and has taken large amounts of cash from the health insurance industry.He was one of only 19 congressman to vote to protect an anti-trust exemption that helped out the insurance industry, which has given him many thousands of dollars.

He has attacked regulation on steel companies at the same time as he takes money from them. He has lobbied the Environmental Protection Agency to drop a lawsuit against a steel company that supports him. While there is no proof of a direct link between donations to Boehner and specific actions, anti-lobbyist groups protest that the huge donations to politicians are not simply good will and philanthropy. One way or another, they want something back. “A lobbyist’s goal is to exact a result for a client and they are paid handsomely to do so,” said Levinthal.

Boehner and his allies dismiss such criticism as Democratic anger over their recent political defeats. They say Boehner’s actions are nothing to do with lobbyist cash and everything to do with a genuine political commitment to promoting business growth and his conservative pro-free market principles.

But anti-lobbying groups point to the huge flows of cash now flooding into the US electoral system — often via lobbyists — in the wake of a recent supreme court decision that scrapped many campaign finance reform restrictions.

Levinthal said that in the wake of that decision last week’s midterm elections had been among the most lavishly funded in US history. He said people were concerned that the sheer power of lobbyist donations could overwhelm the influence of ordinary voters. “We see that lobbyists as an industry are paid $3,5-billion a year to influence lawmakers. They will have a greater opportunity to get their narrow special interests across than average Americans,” he said. – guardian.co.uk