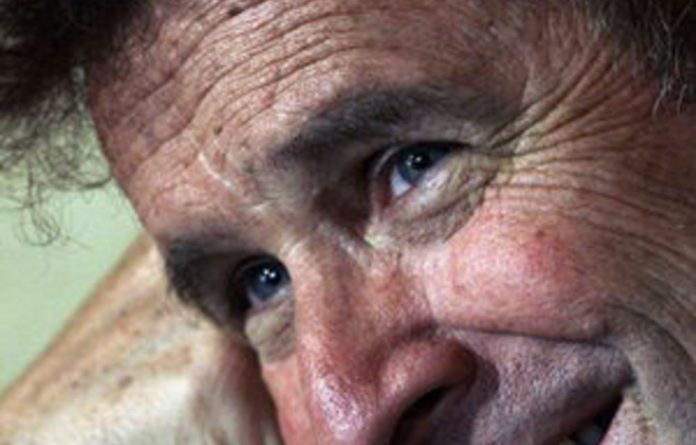 In a rehearsal studio one afternoon in 1986, a white South African musician wrote an international hit — partly in isiZulu, the language of the largest ethnic group in the country.

Asimbonanga, which means “we’ve never seen him,” the song refers to the generation of South Africans who grew up under apartheid and had never even seen a photograph of Nelson Mandela, the country’s hope for reconciliation who was imprisoned under South Africa’s apartheid regime.

Johnny Clegg, later dubbed the “white Zulu,” was sure his song’s message would be lost. At the time, his new genre of music, a blend of Western pop and Zulu rhythms, was banned from the radio — as Mandela’s photo was banned from newspapers. Clegg’s concerts were routinely broken up, and he and other members of his multiracial band had been arrested several times for challenging a South African law meant to keep whites and blacks apart.

Asimbonanga, in which the names of Mandela and other prisoners are spoken aloud in defiance of state radio rules of the time, was released in South Africa in 1986 and abroad a year later. The South African government immediately banned the video and restricted the song from radio programming, so most South Africans only got to hear it a few years after its release. They embraced it.

Bringing people together
For the 57-year-old Clegg, the pinnacle of his career occurred while performing in Frankfurt a few years after Mandela was released and became the country’s first black president in 1994. Clegg began to sing Asimbonanga, which had quickly risen to the top of the charts. In the middle of the song, the Frankfurt crowd started cheering loudly. Clegg turned around and to his surprise, saw Mandela dancing on the stage.

“I was taken by a wave of such amazing emotions,” Clegg told the Associated Press. “I wrote that in 1986, knowing it was going to be banned and not knowing he [Mandela] was ever going to be released because we were in the middle of a civil war. Eleven years later, in a new South Africa, I’m playing the song, and the very man I wrote it for walks on stage and sings it with me.”

Clegg celebrated his 30 years as a musician — with the bands Juluka and Savuka and later as a solo act — in a concert in Johannesburg on Saturday. He calls the performance “a kind of validation that the body of work that I and my band and other co-songwriters put together in that early time under incredible difficulties managed to survive and is being celebrated in the new country.”

Thousands of people streamed into the concert grounds near Johannesburg’s botanical gardens early on Saturday evening, with the multiracial crowd sitting on picnic blankets on the grass.

Concertgoer Jeremy Stewart (32) said he remembers his parents taking him and his sister to hear Clegg at the Market Theatre, then the home of anti-apartheid protest theatre in Johannesburg, in 1985.

“He’s added another dimension to bringing people together and breaking down boundaries between races,” he said.

Kaizer Moyane (38) of Johannesburg, said of Clegg: “I think his music speaks to everyone in the country. He’s a hero.”

Sipho Mchunu, Clegg’s musical partner from the days of their legenday Juluka band, will join him Saturday. Juluka ended in 1985, when Mchunu returned to his Zulu homeland in eastern South Africa to take up cattle farming.

Instant hit
“If you were a mixed band like we were trying to be, you were in trouble immediately,” Clegg said.

Radio disc jockeys were banned from playing Clegg’s music, but the live performances spread like wildfire. The band, which mixed traditional Zulu high kicks and warrior dress as well as musical elements with Western styles, began to perform unannounced in the townships so that authorities wouldn’t have time to ban shows.

Outside of South Africa, the music became an instant hit, and the band toured extensively through North America and Europe during the height of racial tensions in South Africa.

Clegg’s African rock stemmed from his childhood when he noticed how a street musician had “Africanized” a guitar, a European instrument: He was immediately hooked. As a student he began to experiment with the cross of English words and Zulu rhythms.

“Everybody thought it was absolutely ridiculous in the beginning, apart from migrants and students who thought it was really weird, but because it was weird it was cool,” he said.

Clegg was born in England and lived in Israel, Zimbabwe, South Africa and Zambia during his childhood, attending six primary schools in five years. He called himself a loner.

“I felt like a migrant,” he said. “So when I met migrant workers — Zulu migrant workers — there was something about them that I intuitively connected with because they were also establishing these tenuous connections with different places.”

“Nobody moves like me because I’m coded and wired with that tradition, and that was something which a lot of people found quite fascinating,” he said.

In his life and career, he has answered a question he poses in the lyrics to Asimbonanga: “Who has the words to close the distance between you and me?”

“I discovered that through music, I could connect very deeply and profoundly in a continuous way,” Clegg said. “And that for me was kind of a salvation.” – Sapa-AP