The face of white supremacy 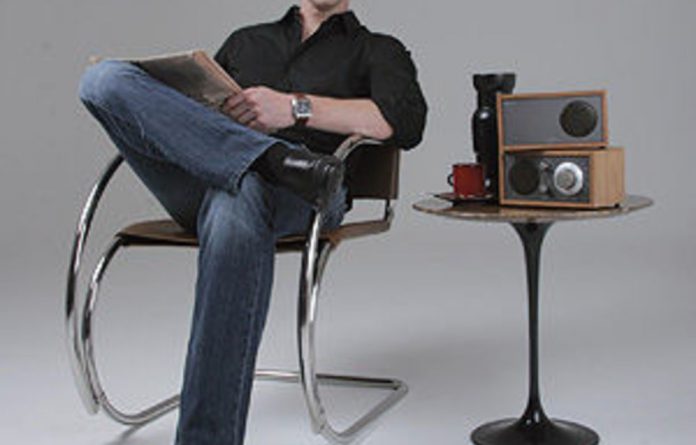 Gareth Cliff is the poster boy of post-1994 racism and the ANC is happy to burnish his image.

Responses to Cliff’s “Letter to the government” on his website have exposed that most South Africans cannot decode white supremacists’ texts and actions.

Cliff, the Radio 5 DJ, has written an anti-black manifesto which ironically is celebrated as a statement for clean government.

He has achieved what the Afrikaner Weerstandsbeweging and other right-wing racists groups have failed achieve — normalising white supremacy.

He dresses it up as humanist concerns for good governance and service delivery. Cliff is the new paternalistic white liberal Biko so despised.

Unconscious racist
What makes Cliff so effective is that he is not a conscious racist. A basic mistake is the misreading of white supremacy as the preserve of neo-Nazi lunatic elements and not part of the whole reality that naturalises white privilege at the expense of blacks.

This is written into our history of slavery, colonialism and apartheid. White supremacy is taken as a given and the unearned privileges it bestows on whites are never seen or questioned.

Cliff’s genius as an effective agent of racism is in his usage of “the truth”.

When Manto Tshabalala-Msimang passed on, Cliff used the “truth” of the ANC’s murderous HIV/Aids denialism to launch a brutal, racist attack on her. He wrote: “Manto is dead. Good. A selfish and wicked bungler of the lowest order. Rotten attitude and rancid livers — all three of them —”

Society condemns the overt racist actions of the Reitz Four but Cliff, the arrogant white boy who here reinscribed the most vile, anti-black violence, gets away with it under the guise of freedom of expression.

Insults
Even the white men in the Treatment Action Campaign were given to insulting Tshabalala-­Msimang with no compunction because, as they said, she implemented a policy of murder.

This was true but it is also true that whites have taken everything from blacks, even the right to insult their own.

An anti-racist decoding of Cliff’s letter reveals its white supremacist motif. He uses the universal “we” to erase the differential realities of blacks and whites and thereby presents his white perspective as representing all.

True, some blacks are caught up in the hegemonic white perspective and resist warnings about the seductive vision of “sameness” between the oppressed and the privileged.

There is a truism that must be emphasised — the ANC has not failed white people, it has failed blacks. Whites want guarantees that their ill-gotten privileges will be protected. Blacks want real transformation.

Problems with the ruling party
This demand is inimical to white privileges, because a truly antiracist reality necessarily would lead to “whites losing stuff”. So the gripes blacks and whites have with the ANC aren’t for the same reasons. Cliff speaks for whites.

The blacks are either nodding vigorously in confused agreement or are mumbling.

Cliff is driven by a nervousness that South Africa is fast joining the dark continent Joseph Conrad warned about. Julius Malema, the ANC Youth League leader, is not making things any easier.

Cliff speaks for an anxious constituency when he says: “Africa is tired of tin-pot dictators, one-party states and banana republics.” This is a neat reproduction of the swart gevaar under the guise of concern.

From this he is able to say that the ANC record is worse than that of the apartheid regime. This must be an ultimate insult to thinking blacks. It is also pretty ignorant, but that is the point of white privilege.

Accountability
When Cliff complains about corruption and how it affects the rich (read whites), he never pauses to ask how the rich got rich in the first place. If he asked this he would have to confront a bitter reality that whites accumulated wealth and comfort not through hard work but violence, plunder and theft.

The absence of historical account to explain the present is a good way to avoid accounting for historical injustice.

The ANC must be among the most mentally enslaved blacks ever to achieve political power.

First, they have ensured the apartheid structure remains. Ending this would have been the best mechanism to end racism and white arrogance.

Then when Cliff throws racist insults at them and the president, they reward him with a presidential lunch where allergies caused by some trees are discussed.

Black writers and journalists have been punished for saying less harmful stuff. The black poor are met with rubber bullets and jail every time they raise their issues — not even a presidential Oros-drinking session is ever contemplated.

The presidential hotline is a joke. Now, Cliff says he wants his demands met. One white man with his insults got them to jump. It’s nice to be white.