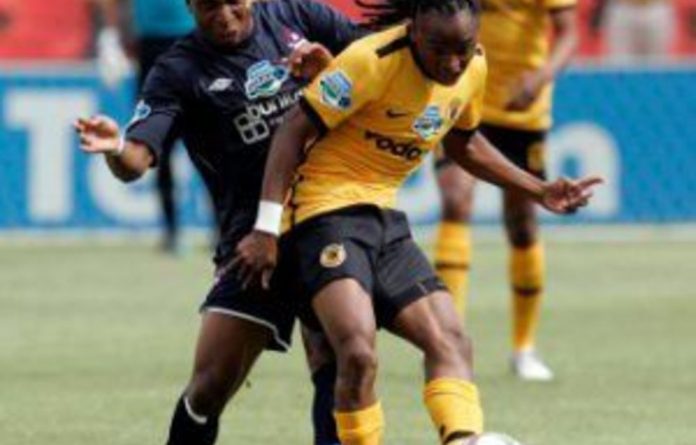 Kaizer Chiefs head coach Vladimir Vermezovic, has made a brave decision to field his strongest side in an Absa Premier Soccer League (PSL) clash against Santos at the Rand Stadium on Wednesday night. Kick-off will be at 7.30pm.

That means he will not be shielding his star winger Siphiwe Tshabalala, and ice cool central defender Valery Nahayo, both on two yellow cards. Should they get booked against Santos, they will miss Saturday’s Soweto Derby against Orlando Pirates at the FNB Stadium.

‘I might rotate players against Santos, but I will field my best team against them. I keep fingers crossed we do not pick up any serious bookings as there are other big matches ahead,” said Vermezovic.

He admitted the game against Pirates would be the big one, but he was working hard on keeping his players focused on Santos.

No doubt though, Santos will struggle to break down a defence which has conceded only one goal in six league matches and where Burundi international captain Nahayo, has been outstanding this season.

Chiefs keeping their eyes on the prize
‘The match against Pirates is in the back of our minds. But we must not lose sight of Santos and the three points we need to collect form them. They are a tough side and will be ideal preparation for the Derby,” the coach said.

Vermezovic is not worried about maintaining Amakhosi’s unbeaten record in the league after six matches.

‘Records mean nothing, but obviously we want to go into the Pirates match unbeaten.”

The Serbian born coach said he believed the league would be decided in January and February.

‘Those two months will be crucial, but in the meantime it would be nice to end this week with six points.”

The match against Santos will be a dress rehearsal for the Telkom Knockout semi-final between the sides, also at the Rand Stadium next weekend.

The Amakhosi coach is not worried about playing a match four days before the derby. ‘Pirates also have a tough match on Wednesday, so it is no big deal.”

Other matches
Pirates travel to Durban’s Moses Mabhida Stadium where they will face AmaZulu in their Wednesday match kicking off at 7.30pm, while leaders Mamelodi Sundowns will be out to make amends when they host Free State Stars at the Lucas Moripe Stadium. Kick off for that match will also be at 7.30pm.

Downs suffered a shock 2-0 defeat against Maritzburg United in the quarterfinals of the Telkom Knockout at the Harry Gwala Stadium last weekend.

The big spending Brazilians, who have arguably the best squad in the PSL, went out of the Knockout with a whimper and will be keen to maintain their lead at the top of the table.

Coach Antonio Lopez Habas did not help matters by opting to start with a defensive system that backfired.

Stars were also bombed out of the Knockout when they lost 2-0 to Chiefs at the Rand Stadium, but have improved under new coach Steve Komphela in recent matches and will give the home side a run for their money.

Walters, who has had a great game against Downs, picked up his third booking and faces an automatic one-match suspension.

Maritzburg, however, go into this clash high on confidence after their big win over Downs, while SuperSport are struggling to stop spiraling further out of control.

The league champions were beaten 3-0 by Pirates in the Knockout quarterfinals at Loftus and unless coach Gavin Hunt can solve his side’s goal scoring problem, they are in for another testing 90 minutes.

Bottom club Moroka Swallows face a backs-to-the-wall clash against Golden Arrows at Dobsonville at 8pm. Without a win in six matches and only one point, the Birds are in serious trouble.

A closely fought match is scheduled for the Puma Stadium in Witbank where rejuvenated Mpumalanga Black Aces entertain BidVest Wits.