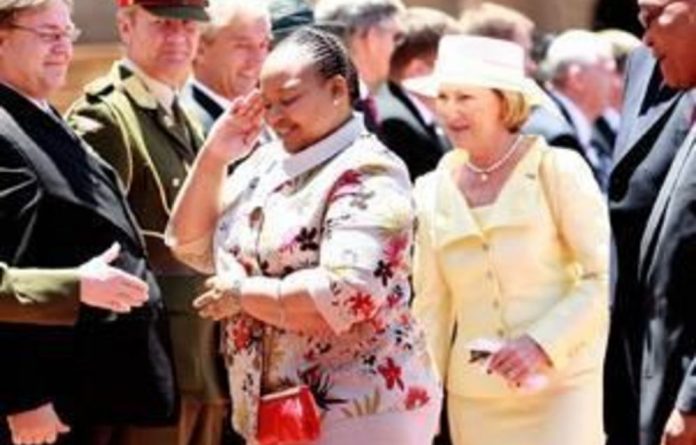 President Jacob Zuma’s wife Nompumelelo Ntuli-Zuma has come to an agreement with her domestic worker in a labour dispute, the Star newspaper reported on Tuesday.

The agreement ended a dispute with Doris Ngobese who claimed she was unfairly dismissed by MaNtuli earlier this year.

The Commission for Conciliation, Mediation and Arbitration (CCMA) ordered MaNtuli in July to pay Ngobese R16,000 after she failed to attend a hearing.

Now MaNtuli’s lawyer, Brett Purdon, told the Star that both parties had come to an amicable agreement and that the matter had been settled.

Ilanga newspaper reported earlier this year that Ngobese had been employed last August but that a dispute arose after she took sick leave and was not allowed back into the house.

However, MaNtuli has said that she and Ngobese were friends and that she allowed her to live with her because she had no home.

She claimed Ngobese was taking a chance to score to some money.

The chickens have finally come home to roost: if we do not end the looting, it will end us
Read more
Coronavirus

After months of little action, the planned nationwide stayaway may not be an impressive show of force by the trade union movement
Read more
Opinion