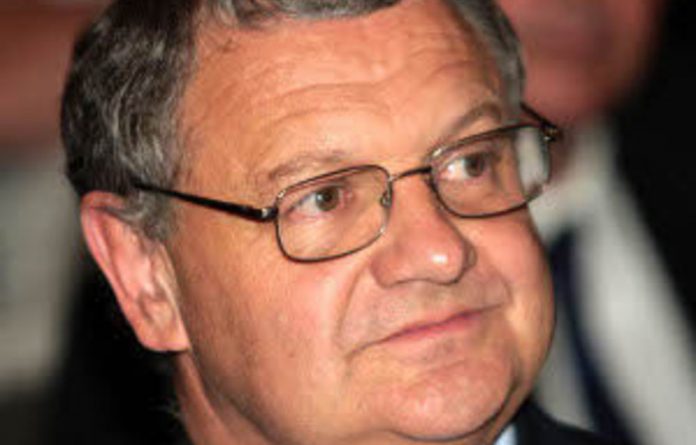 Deputy Police Minister Maggie Sotyu is creating “racial tension” with her comments that courts are racist, the Freedom Front Plus said on Wednesday.

“She makes no contribution to the debates and relations in South Africa by attempting to hold up one single example as if it happens continuously,” spokesperson Pieter Mulder said in a statement.

“As new deputy minister, she will still have a lot to do with farm murders and the cruelty of farm murders, which take place easier in such a polarised climate.”

Sotyu on Tuesday said South Africa’s courts were racist, claiming that black criminals received harsher sentences than whites. According to the Beeld newspaper, she made the remarks after Members of Parliament were briefed on the Centre for the Study of Violence and Reconciliation’s report on violent crime in South Africa.

Mulder said leaders such as Sotyu were expected to put their case in a responsible manner.

“The deputy minister again creates an environment where whites are given an unfair sense of guilt and where whites will become victims of hateful racist elements,” Tau SA president Ben Marais said.

“This can lead to violence against whites, which can include farm attacks.”

He said Sotyu was “blowing up” racial hatred and showing callous disregard for the work of the judiciary.

Agri SA regretted that she “played the race card” so soon after her appointment.

Agri SA calls for better explanations
“Her superficial comparison between two court judgements without referring to the underlying merits thereof, merely to score political points, is of concern and has undermined confidence,” Agri SA president Johannes Möller said in a statement.

Sotyu referred to a judgement were a white farmer who dragged a black farm worker behind his bakkie got off with a fine of R10,000. In contrast, when a black worker killed a white farmer he was jailed for life, the Beeld quoted her saying.

He said Agri SA and the police cooperated well at different levels and there was an appreciation for the “leading” role Police Minister Nathi Mthethewa took when he implemented the updated rural safety strategy.

Political leaders such as Sotyu needed to realise their utterances could either contribute to reconciliation and cooperation, or to polarisation and violence, he added. — Sapa

Although Africans must continue to support the Black Lives Matter movement, there is also the need for them to raise their voices against injustices in other African countries
Read more
Coronavirus