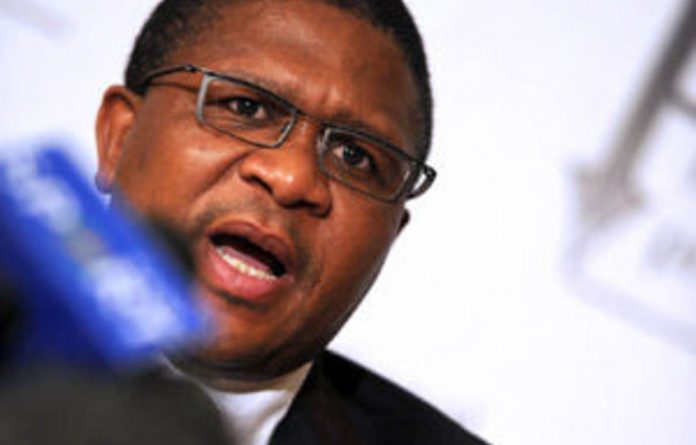 New Minister of Sport and Recreation Fikile Mbalula said on Thursday he intended rooting out corruption in the sporting community and would call for more money to be injected into the sector.

Addressing the National Press Club in Sandton, Mbalula said the way money was allocated to sporting federations would be revised and would now be redirected to sports development, training and infrastructure.

“When we talk of lobbying for resources, it’s not for individuals but [it] should be in the consciousness that money is for development. We must not be led by greediness,” he said.

If this was done, additional resources would become available for building and revamping sports clinics and developing coaches and trainers. Money would also be spent on identifying talent, as well as sport scholarships and bursaries, said the minister.

“I can assure you we are going to be very decisive. We want government to increase revenue in sports in general, we want athletes to perform, and therefore we need to increase development revenue.”

Mbalula said he was delighted at the number of private-sector initiatives and partnerships with international development agencies such as the German Development Bank and signalled his department’s intention to collaborate with them “as we seek to streamline the delivery channels and ensure that funding from our partners are properly utilised and well directed”.

Transformation
According to Mbalula, transformation in sport also needed to be urgently addressed.

Mbalula added that transformation would not “see the light of day” if the department continued to pay lip-service to a cause for which thousands of South Africans had sacrificed their lives.

“School sport, community sport and competitive sport must be connected into a continuum that leads one to the other, thus creating a pipeline for supply of requisite talent and desired product.”

Mbalula said he had already reached out to the ministry of basic education with a view to establishing an operational plan for the revival of school sport.

He said his department would work with the Department of Cooperative Affairs and Traditional Affairs to clear “any bottlenecks within the municipalities standing in the way of the revival of clubs”.

“We will bring back the vibrant culture of school tournaments, district, provincial and national tournaments. We will create lighthouses in selected provinces to serve as hubs of our community multipurpose centres and mobile gyms.”

Mbalula said he intended encouraging affluent schools with elite and high-performance sports to join hands with less privileged schools and share their expertise and skills.

Future of World Cup stadiums
The minister said his department was examining the government’s report on the Soccer World Cup and was considering the future usage of stadiums built for the tournament.

Mbalula said they intended looking at how other countries had utilised their World Cup, but would not follow in South Korea or China’s footsteps.

“China turned stadia into fleamarkets,” while South Korea destroyed their stadiums, he said.

Deputy Minister Gert Oosthuizen reiterated that the King Protea and Springbok were national symbols and were “here to stay”.

“Today marks exactly 11 days since the state president tasked us with the daunting task of heading the Ministry of Sport and Recreation. True to the president’s marching orders, we hit the ground running and kicked off with a detailed briefing we received from the previous minister Reverend Dr Makhenkesi Arnold Stofile,” said Mbalula.