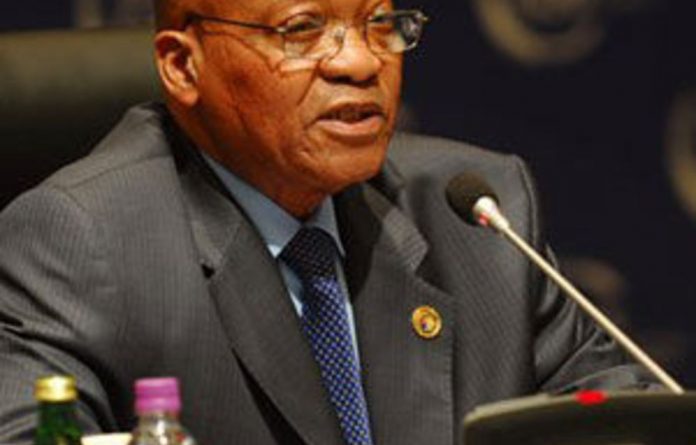 Leaders of G20 nations must put the interests of the global economy ahead of their national economies and act to prevent a global currency war, President Jacob Zuma said in Seoul on Thursday.

“We urge G20 members this week to put the interest of the global economy ahead of those of their national economies,” Zuma said in a speech prepared for delivery at a G20 business summit.

“Leaders around the world must act to prevent the recent round of currency devaluations from turning into a global currency war.

“We must collectively find an effective solution in the short term.”

“The global economic crisis demonstrated two things about Africa’s readiness for growth,” he said. “The first is that macroeconomic policies in most African countries have improved so much that they were able to ride through the crisis.

“The second important factor is that Africa continued to grow because of the expansion of domestic demand. The continent’s one billion people are beginning to make an impact on the consumer markets.”

‘Massive’ growth potential
Africa’s growth potential is “truly massive” as it has considerable unexploited mineral wealth, 60% of the world’s uncultivated agricultural land and the youngest age profile of any continent, Zuma said.

“There is still much to do in Africa to ensure that we reach our potential.

“African economic integration is still at an early stage, but we are pushing it very hard. Regional integration is the lifeblood for investment and trade in Africa.

Zuma said South Africa was championing the building of Africa’s north-south rail and road links, while other heads of state and government were championing other continent-wide African infrastructure programmes.

“We will be seeking partnerships with yourselves to take forward these focused programmes, falling within the ambit of the New Partnership for Africa’s Development,” Zuma said.

“We have big plans for Africa’s development and should be able to succeed.”

South Africa, he said, had set in motion a major infrastructure investment programme and was spending about R120-billion a year on electricity supply, roads, rail, harbours and other economic and social infrastructure.

“We are also using this relatively slow period of growth to boost our capacity, so that we can better take advantage of global demand in future,” Zuma said.

“In this regard, we are improving the quality of our education, as well as skills and human resource development.” — Sapa