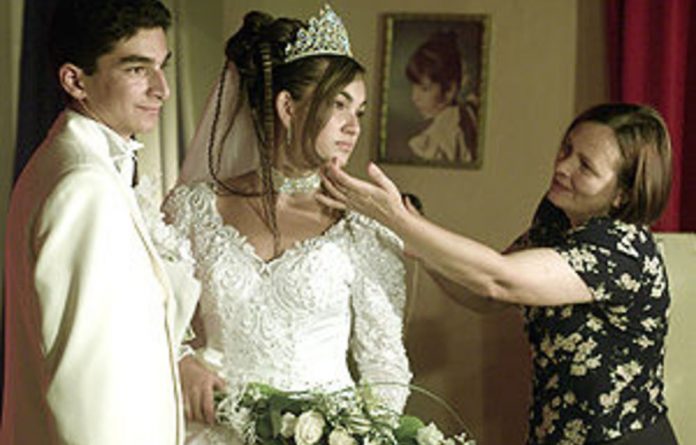 She is called Nicoletta and, undoubtedly, is as delightful as any healthy newborn baby. But her birth earlier this month in the southern Spanish city of Jerez has provoked a storm — because her mother is just 10 years old.

What has shocked the rest of the world, however, is described as a happy event by the family.

“My daughter is well, as is the little girl, who is fine and pretty. She is happy with her daughter,” the baby’s Romanian grandmother, Olimpia, told Spanish journalists. “This is not a drama it is a cause for happiness. At this age we marry in Romania. It is normal among we Gypsies.”

Can that really be true? Recorded examples suggest that mothers this young tend to be victims of abuse or rape. And what does Nicoletta’s birth say about everything from the increasingly early development of young girls’ bodies and the cultural norms of Romania’s Roma community to the laws in Spain where the child gave birth?

Doctors at the hospital in Jerez confirmed that the family was pleased with the birth. Both the child mother and the grandmother took it in their stride and there was no need for a caesarean.

The hospital apparently knew nothing about the pregnancy until the mother turned up on October 26.

The father is said to be another minor, an unnamed Romanian boy aged 13. The relationship is now described as ‘”over” by Olimpia. Under Spanish law, the age for consensual sex with an adult is 13 — one of the world’s lowest. And, in a measure apparently maintained for Spain’s own Roma community, the law allows a 14-year-old to marry if a judge decides there are exceptional circumstances.

The United Nations has called on Spain to raise that age. But the law has little to say about consensual sex among minors (those under the age of 18) or the responsibility or otherwise of the parents.

A magistrate in the provincial capital of Seville has opened an investigation — but apparently only to find out why the mother had not been going to school and had not visited a doctor before the birth.

Few details on the mother’s journey
Little is known of the details of the young mother’s journey from pregnancy to childbirth. Some reports say that she arrived in Spain only three weeks ago, apparently to attend a wedding. “The mother of the young girl says they came for a wedding and that she got pregnant in Romania,” said a spokeswoman in Lebrija, where the family is living.

Attempts to paint the family as welfare scroungers have failed. “We have money, a home, electricity and water, so we do not need anything from the Spanish government,” said Olimpia.

The child’s mother herself stepped out of their small apartment on Wednesday to take her baby to the local heath clinic. The girl wore a loose pink top and a flowing red dress and her family placed a cloth over her head to protect her from photographers. “She is scared they will take her baby away,” said Maria, a fellow Romanian who lives in the same apartment block. “The family is worried about what might happen, so they have stopped opening the door to people.”

The baby’s grandmother has been living in Lebrija for a while. Authorities seemed so stunned by the birth, they did not know what to do. The hospital released mother and child after four days.

Only later did the local social services say it was investigating to see if the baby would be properly looked after. Mayoress Maria Jose Fernandez said the family had never visited the local health centre before, but confirmed that the baby was doing fine.

An exceptional case
Robert Rustem, of the European Roma and Travellers’ Forum based in Brussels, said the case was exceptional and did not reflect practices in Romania or anywhere else.

“I was aware of some cases of children of 15 giving birth, but it is the first time I have heard of a birth to a 10-year-old. This is not an example of what happens in the entire community, though there are cases of early marriages — which we do not support — in certain communities.

“At the end of the day, it is really the decision of the girl and the parents — who are the guardians. The girl is a minor, so her parents are the ones who must take responsibility.” But, he pointed out, “it is not acceptable that a girl at the age of 10 is giving birth to a baby. She is still a child and still developing as a person. Early marriage fosters the gap between communities and reinforces the cycle of poverty.”

Doctors warn of the physical danger to children whose own bodies are still growing.

The danger of early childbirth
“If the mother has not completed her physical development or does not have the right nutrition to cope with the deficiencies caused by her age and condition, the consequences can be grave,” gynaecologist De Manuel Alonso told Spanish newspaper El Pais. “Even if the body is ready, a young girl is not mentally prepared to become a mother,” warned child psychologist Carolina Fernandez.

In Lebrija some of the neighbours have questioned the girl’s age. “She looks much older,” said one. But the early onset of puberty among young girls is increasing across Europe.

Little Nicoletta’s case is by no means unique in Spain, where abortions were performed on two girls aged nine and 10 in 2008 — the last year for which data is available. Wikipedia — an admittedly unscientific source — lists 22 recorded cases of births to girls aged 10 and under around the world.

The youngest was the extraordinary case of a six-year-old Peruvian, who suffered precocious puberty and gave birth to a healthy boy by caesarean in 1939. That birth warranted a mention in Time magazine.

Early onset puberty on the rise
The increasingly early onset of puberty will inevitably bring earlier pregnancies, said Tam Fry, of Britain’s Child Growth Foundation. “This is an indication of how girls are going into puberty uncommonly early,” he says.

Child obesity and hormone-laden chemicals that have got into the food or water cycle have been blamed for this. But, although doctors disagree about the cause, the results are clear.

Breast development, the first sign of the arrival of puberty, has moved forward nine months since 1958, according to Peter Hindmarsh, professor of paediatric endocrinology at Great Ormond Street Hospital in London. The current average age for the onset of puberty for girls is 10.75.

“The UK has a history of an increasing number of teenage pregnancies,” said Fry. “My view, without having any figures to back it up, is that they are getting earlier and earlier. I would be worried sick if I were a parent of these girls. They are young women at the age of 10.”

Fry, who is in favour of medical intervention to slow down those who reach puberty too early, said: “It is a kind of disaster.”

The one thing no one outside the family knows is exactly what the young Romanian mother herself thinks of the whole affair. “Now they will have to bring the child up,” said her neighbour Maria. —