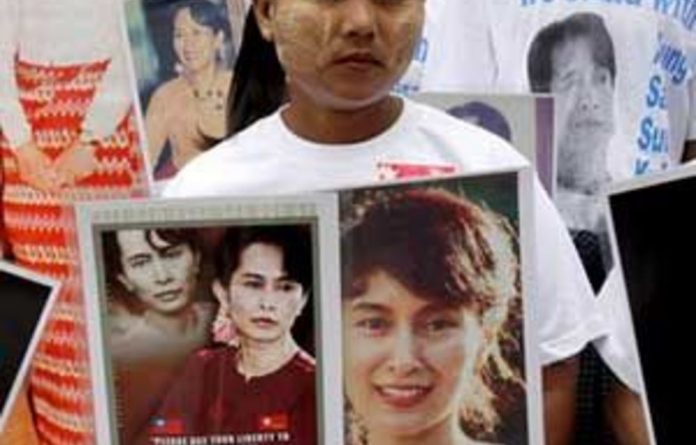 Rumour and speculation about the imminent release of Nobel laureate Aung San Suu Kyi swept across Burma on Friday but there was no word from the country’s secretive military rulers about whether she would be freed.

Web boards and news media went into overdrive amid a flurry of rumours that the charismatic leader of Burma’s fight against dictatorship was set to walk free when her latest period of house arrest term expires on Saturday.

Reports quoted government insiders, state officials and well-connected sources as saying the country’s reclusive leader, Senior General Than Shwe, had signed an order for her release.

But in one of the world’s most secretive states, few outside the junta strongman’s inner circle really know what is going on. Analysts and Burma-based diplomats say even his ministers are kept in the dark.

One government official said he believed Suu Kyi would be released but he could not confirm it.

“This is the nature of Than Shwe and his regime,” said David Mathieson, a Burma specialist with Human Rights Watch based in neighbouring Thailand.

“Government people don’t know, Suu Kyi’s party doesn’t know and the experts certainly don’t know. No one knows any more than anyone else. We know her house arrest expires on Saturday and everything else is all within the realm of speculation.”

Burma held its first elections in 20 years last Sunday which was won by the military’s Union Solidarity and Development Party. The vote was widely seen as flawed and fraudulent to ensure victory for the ruling generals’ proxy.

With the election out of the way, the regime might seek to win some international legitimacy by freeing Suu Kyi at a time when she is little threat to the formation of a government it can choose and control.

Lawyers for Suu Kyi’s now-defunct National League for Democracy (NLD) party, which won the last election in 1990 but was never allowed to govern, said they had heard nothing but said they felt confident she would be freed as scheduled.

Crowds gather
Dozens of people waited on the street outside her tightly guarded, crumbling lakeside home in Rangoon as rumours swirled she would be freed.

About 400 people gathered in front of the headquarters of her party, many holding placards with her picture. Police shouted at the crowd to make way for traffic, a Reuters witness said. But many believe expectation of her release is wishful thinking at such a critical juncture in a transition from dictatorship to army-dominated democracy.

The junta might see the release of Suu Kyi, the hugely popular daughter of Burma’s independence hero, as a threat to its political process as a new government has yet to be formed.

In a county where the courts always favour the military, there could be any number of reasons the authorities could use to detain Suu Kyi beyond the 18 months she was given for allowing an American intruder to stay at her home for two nights last year.

Her unexpected visitor, John Yettaw, swam across a lake to her home to warn Suu Kyi “terrorists” would try to kill her, and God had sent him to save her.

The NLD, which was dissolved for boycotting Sunday’s election, continues to operate illegally and some see that as a possible pretext to keep her locked up.

“I think the regime has been lenient with the NLD to lay a trap for her,” said a retired civil servant.

“I think she will be released but I am really worried about her safety,” said roadside vendor Ma Kyi.

“May God take care of her.” – Reuters