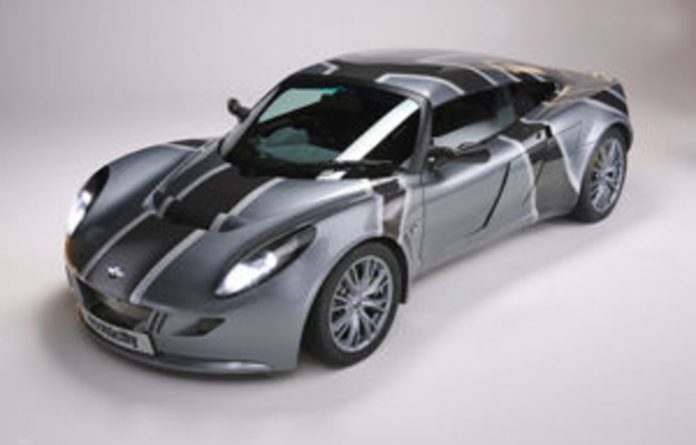 On a good day Britain’s first green supercar accelerates faster than a Lamborghini Murcielago, is speedier than a Mitsubishi Lancer Evolution and knocks the technical socks off the much-hyped American electric wonder-car, the Tesla Roadster.

After two years’ development and a licence to wow, the 246kW machine powered by renewables alone and known as the “Beast of Stroud” was given one of its first public runs before being officially unveiled in London and taking part in a rally the past weekend.

Dale Vince, the director of the wind-power company Ecotricity, and the £750 000car’s owner and developer, took the wheel and eased it gingerly out of his drive.

A former hippy convoy driver, Vince has built a £100-million fortune on wind power and spent £350 000 of his own money to build the ultimate boy’s toy.

Vince’s supercar was recently delivered and he is just getting used to it. Two years ago he commissioned four Formula One engineers to prove to Middle England that an electric car can be both beautiful and practical.

It had to do at least 160km/h for credibility, be sharp off the blocks and turn heads. And ideally, all its parts had to be available online. Our test began well.

The thrill
As we pulled away, petrol heads turned and a woman’s jaw literally dropped, possibly at the sight of two large men practically lying down in a 1,2-m high car that looks like a Scalextric toy. As we drove out of the town of Stroud, in the west of England, less than 2,5cm above the road, a low whine came from the twin engines.

It rose to a whirr, then a whizz and at 96km/h, a muted scream. We zipped along the lanes, clung hard to tight corners and recalled Mr Toad in Wind in the Willows: “Oh, what dust clouds I shall make! What cars I shall fling into the ditch!” “Mmm — beautiful,” murmured Vince. “Like a dodgem. Did you see that reaction?”

The engineers who created the Nemesis, to give it its proper name, had worked on F1 cars, Lotuses, DeLoreans and other supercars. They bought a Lotus Exige on eBay, retreated to a shed in the east of England, lengthened the chassis, connected up 96 lithium-ion batteries, ripped out the engine, installed two brushless motors and a new transmission. The car’s centre of gravity was lowered and moved forward and, because the two engines do not need cooling, it lost its ducts and bumps.

The batteries came from Korea, the engines from the United States. The conversion took six months, but the electronics then delayed them by 18 months.

“We wanted a real wow factor. This is meant to smash the boring Noddy stereotype of the green car. We wanted to show you could be green and have fun.

We want to get people to think about climate change and still have style,” said Vince, who has built six windfarms and has planning permission for another site.

He also wanted to prove that the big car companies were withholding the green car revolution from ordinary people. “If this had been Ford, it would have cost many millions and taken twice as long. This is the future of cars.”

Challenges
The Nemesis has done up to 217km/h and Vince plans to challenge the British record of 222km/h for electric cars.

“We could put it in production, but we won’t. We want a Mark Two that will be bigger, faster, louder. We may put a few into production and take the world record, 418km/h.”

Ten kilometres from Stroud, this plan was put on hold. The car dropped down a hill into the pretty village of Nailsworth and rolled to a halt. Traffic backed up, more jaws dropped and Vince was clearly mortified.

“This is a real bummer,” he said. “We’ll have to push it.” So, with three people behind, the Beast of Stroud was propelled up the hill and parked outside the village shop.

“Run out of petrol?” smirked a passer-by. Two hours later the nation’s top electronic engineer arrived. The problem, it seems, was not the futuristic electronics or transmission. Someone had forgotten to charge a 12-volt battery. — Guardian News & Media 2010