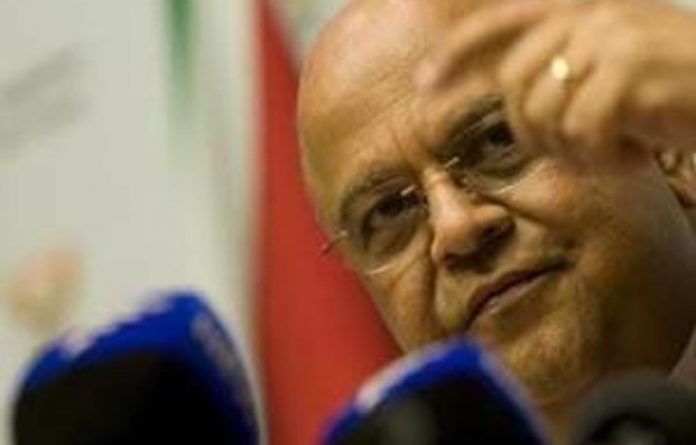 Finance Minister Pravin Gordhan on Monday called for structural changes to the South African economy, but said there was no single silver bullet to achieve more growth and jobs.

“We are going to require a package of measures that will involve macroeconomic steps and policy initiatives, microeconomic initiatives that we need to take, and support programmes both for workers and for businesses,” Gordhan told a briefing on last week’s G20 meeting in Seoul.

“There is no single one magic bullet we can find to solve all our problems. This is a global structural problem. While we recognise that there are some medium-term solutions that are beginning to emerge, we are not anywhere near finality.

“We are quite clear that as South Africa we need to put a package together. We have put one set of measures as part of that package on the table. We need to recognise that there are industrial support programmes, job support programmes … those are the discussions we are having currently, so I’m afraid I cannot give you any numbers at this stage … that is why the 23rd of February is called budget day.”

He dodged a question about whether South Africa could join the so-called Bric countries — Brazil, Russia, India and China — but said they could serve as role models and partners for the local economy.

“We need more people and we need more businesses that become active so that we can actually widen the tax base. What they [Bric countries] have done is provide us with the incentive and sharing of knowledge.”

The Treasury chief also side-stepped a question on whether labour laws would be relaxed to stimulate growth, but called on unions to make a contribution to an overall push to improve South Africa’s competitiveness.

“It means that South Africans and business leaders and trade unionists and workers and government and so on need to make a massive contribution to ensure that we can we take our own trajectory to a completely different level.”

“I don’t think I was outspoken, I was merely raising my opinion and concern to say look at the spill-over effects and understand the consequences for other countries.”

He said he would be happy to be proven wrong and for the Federal Reserve’s latest quantitative easing package to work.

“There is an outside chance that this could in fact work … and we hope for the US that it does work now that they have actually implemented it.

“But the flipside of that measure still raises concern and there were many countries far more vociferous than South Africa … South Africa very mildly said be aware of the spill-over effect.”

‘Period of transition’
Gordhan said the G20 summit made it clear that leading nations were aware of the need to redefine aspects of the global economy in the wake of the 2008 crisis.

There was a search for “the right policy mix” as it was clear that macroeconomic adjustments in themselves would not suffice.

There was a lot of discussion, and more to come, about rethinking the existing basket of freely usable currencies, and the dollar currency reserve system.

He said South Africa’s own quest to place its economy on a new, healthier footing was reflected among its peers. He warned that the local and global recovery remained vulnerable to fresh shocks.

“We should not underestimate the uncertainty of the Irish situation,” he said, referring to problems in that country’s banking sector, and talks of a possible bailout. — Sapa