Injured Habana out of Springbok tour 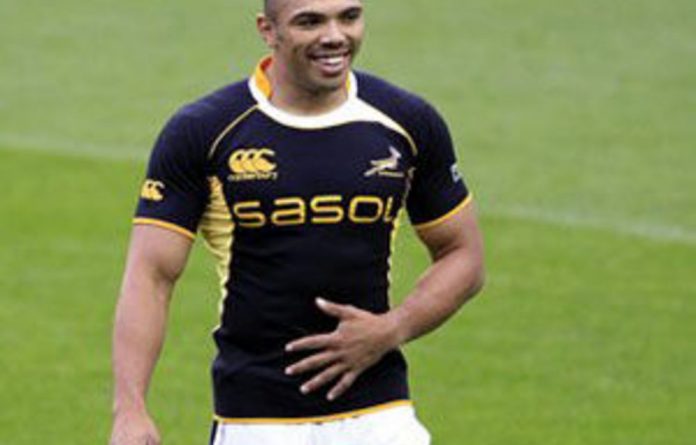 South Africa wing Bryan Habana has been ruled out of the remaining Tests of the world champions’ tour, against Scotland and England, after suffering a hand injury in practice on Tuesday, a statement issued by the South African Rugby Union (Saru) said.

The 27-year-old Habana, who was named on Tuesday in the Springbok team to play Scotland at Murrayfield on Saturday, fractured a bone in his left hand during morning practice and will return to South Africa shortly.

His place in Saturday’s team will be taken by the uncapped Lwazi Mvovo — promoted from the bench — while the experienced Adi Jacobs takes up the vacant replacement spot.

The injury means Habana will also miss South Africa’s international against England, as well as the non-cap fixture against the Barbarians, at Twickenham, on November 27 and December 4 respectively.

Habana, scorer of 38 tries in 68 Tests and the IRB player of the year in 2007 when he was one of the stars of South Africa’s World Cup winning campaign, suffered the injury during a defensive drill when he fell awkwardly on his hand after tackling flyhalf Morne Steyn.

His injury reduces the tour squad to 27 players. A Saru statement said an announcement about a replacement would be issued in due course.