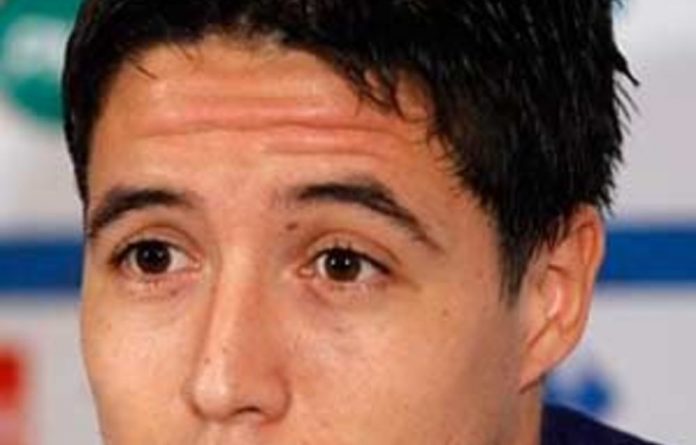 However, the current row over the France squad giving up its World Cup bonuses means the humiliating manner of the team’s exit from last summer’s tournament remains fresh in the memory, five months on.

Blanc said Monday that an agreement is in place between the players and the French Football Federation (FFF) regarding the bonuses, although he refused to reveal the exact details.

Nasri, who wasn’t in the World Cup squad, believes the sooner the South Africa debacle is forgotten about, the better.

“I wasn’t there at the World Cup but it doesn’t mean I’m not aware of what a nightmare it was for the fans and the players and for all of us,” said the Arsenal midfielder, speaking ahead of France’s friendly match against England on Wednesday. “The events in South Africa are still etched in the memories of some of those individuals who took part but everyone is dedicating themselves to the future and to matches which are coming up.

“It’s mainly the media that is harking back to the World Cup. Issues like these bonuses are being dealt with internally. It’s about putting all that behind us now.”

France was left embarrassed as a nation during the World Cup when its players went on strike after Nicolas Anelka was thrown out of the squad for insulting then-coach Raymond Domenech during half time in the group match against Mexico.

Not only that, the team was eliminated at the group stage after picking up just one point from three games, mirroring its performance in the 2008 European Championship.

After much scrutiny and soul-searching, Les Bleus are attempting to salvage what’s left of their shattered footballing reputation. Their much-changed team is currently top of their qualifying group for Euro 2012 after winning three of their opening four matches and goes into Wednesday’s friendly with some of its confidence back.

The debate over whether France’s players should receive bonuses contractually owed to them from the World Cup is still high on the agenda, however.

All players appear to accept they do not deserve any bonuses following their inept showing in South Africa and are happy for them to be given to charity. But there has been no agreement on how that should be done, with reports suggesting some players would prefer to distribute the money as they see fit.

Blanc was asked repeatedly about the issue on Monday and he said an accord had been reached between the players and the FFF regarding the bonuses. He refused to divulge any more information, however, ahead of a planned meeting between the two parties.

“It’s between the French Federation and the players themselves — there will be a comment made in due course,” Blanc said. “The points made in that meeting are for the people in that meeting. As soon as there is an official position on this, we will make an official statement.”

Blanc was much more enlightening on the prospects of his new-look squad emerging from a difficult period and being a threat in future major tournaments.

“What we have now is a good group of talented players who can grow,” he said. “What I’m looking to develop is a tough center in the team and see players grow and progress and produce another dimension to their play. In the past, we had 14 or 15 players who you might consider shoe-ins into the squad and that’s what I’m trying to build.

France, which is the number 18-ranked team in the world, last played England away in 1999, when Anelka scored twice in a 2-0 win at the old Wembley stadium.

The French haven’t lost to their cross-Channel rivals in 13 years.

“It’s always a big game against England at Wembley,” Nasri said. “There has always been this special rivalry that’s existed between France and England.

“I think the fact that I play here in England is an extra incentive to shine and do well in the game.” — Sapa-AP