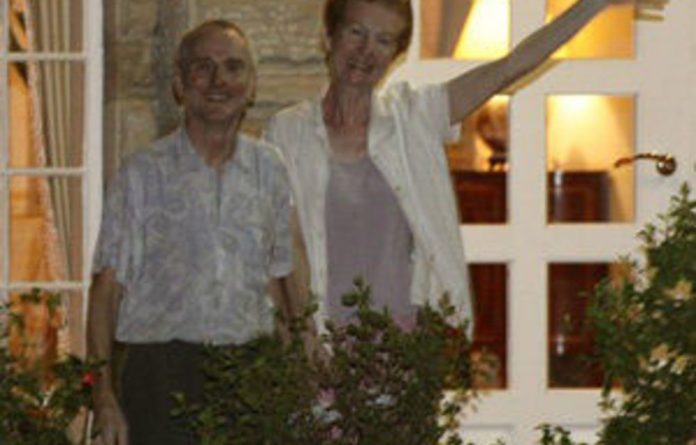 A South African yacht skipper on Monday described the harrowing experience he and two crew members went through at the hands of Somali pirates.

“It was a scary experience. They beat me and threatened us with guns. I refused to leave the yacht and I was prepared to sink with the pirates,” said Peter Eldridge.

He was addressing the media for the first time since being rescued off the Somali coast on November 7.

Durban couple — Bruno Pelizzari and his girlfriend Deborah Calitz — were taken from the yacht SY Choizil by the armed pirates.

Eldridge said: “I refused to leave the yacht because I had made peace with myself. I refused because everything I had was in that yacht.”

Eldridge said they were off the Kenyan coast — on their way from Dar es Salaam, Tanzania, to Richards Bay — when they were captured by the heavily armed pirates.

“They demanded money. They took the money that Deborah and Pelizzari were carrying for their families. They demanded more and we told them that we did not have more because we were ordinary people.”

The pirates refused to believe them.

“They said we were from Britain because we were white. This was despite the fact that we showed them our passports.”

He had been assaulted and a firearm had been discharged when he refused to leave the vessel. But, the skipper was not injured.

Eldridge said the yacht had run aground when the pirates forced them to leave it.

The pirates were armed with AK47s, rockets and R4 rifles.

“The issue of the pirates was discussed before we began our journey but we believed that they would only rob us and leave us to continue if they caught us.”

‘Told to tell the warship to leave’
Eldridge is a member of the Zululand Yacht Club which uses the Richards Bay Harbour as its base.

He said a French warship patrolling the area tried to help them before the yacht ran aground, but was attacked by the pirates with rockets.

“I was told to tell the warship to leave. I talked with the crew and I managed to tell them that we were South Africans,” he said.

Eldridge was eventually rescued by the warship.

The warship had responded after Eldridge had sent out a distress message when he saw they were being followed by pirates.

Although the pirates beat him and threatened the crew with guns, Eldridge described them as “respective” [sic].

“When Deborah had a bath, they gave her space and she had her bath without any interruptions,” he said.

Eldridge said the fact that the pirates who held a British couple Paul and Rachel Chandler hostage for more than a year — and had now released them — gave him hope that his friends would also be released.

The Chandlers were released after 388 days in captivity and flown to safety in Kenya on Sunday.

It was reported that a ransom had been paid to their captors. – Sapa