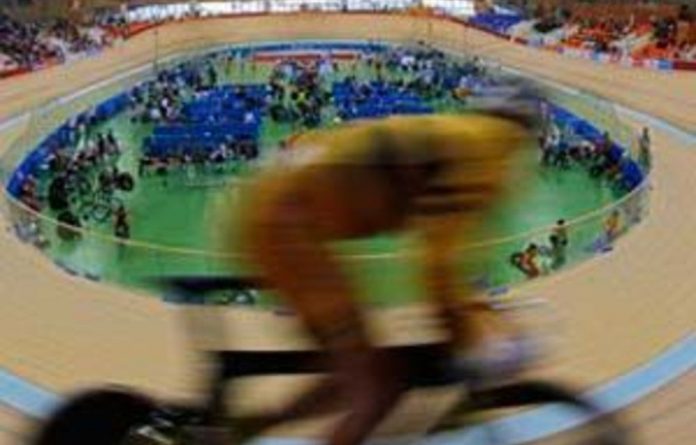 Asian Games officials took urgent action on Monday to get more people into the stands, mindful that even the best-organised games with state-of-the-art venues won’t be considered successful if no one watches the competition.

Organisers will put an additional 400 000 tickets on sale for the games which end November 27 after attendance at most competition venues for the first two days was disappointing.

The major problem: thousands of tickets given away through corporate sponsorships or to city groups aren’t being used. People trying to buy tickets can’t because the stadiums are technically sold out.

Asian Games officials here have prided themselves on their attention to detail in planning for the event, and don’t appear to want the ticket issue/empty stadium dilemma to blow up like it did at last month’s Commonwealth Games in New Delhi, where a similar situation occurred.

“I’m confident they’ll be sold and we’ll get people filling stadiums,” Olympic Council of Asia president Sheikh Ahmad Al-Fahad Al-Sabah told The Associated Press on Monday. “I’m confident because the people who want to come, they’ll come and buy the tickets and then they will definitely want to use them.”

There’s plenty on offer for the locals, with China well ahead in the medals race.

China won both the individual all-round titles in gymnastics, and the men’s medal presentation created a bit of controversy.

While the Chinese national anthem was playing, Teng Haibin and Lu Bo pointed their hands like guns — seemingly in the direction of the Japanese bronze medalist.

But the gesture wasn’t meant to mimic a gun, Teng later said, amid questions about whether the move carried any political significance given recent territorial tensions between their two nations.

“I know the gesture looks like I’m shooting a gun, but it’s not at all hostile,” Teng said afterward with a cheeky smile.

He said the gesture is meant to mimic the logo used by team sponsor Li-Ning, the sportswear maker founded by former Chinese gymnast Li Ning, and that he explained the meaning to Japan’s Hisashi Mizutori while they were standing on the podium.

Mizutori said he had no idea what the hand gesture meant.

“I thought maybe I should just go along with it, so I just did it,” he said.

In the Asian Games pool, four-time Olympic champion Kosuke Kitajima failed to pick up a medal in one of his signature events, finishing fourth in the 100-metre breaststroke.

Kitajima, who finished 1,47 seconds behind the winner, was third at the 50-metre split but fell behind on the second lap. It was the second straight day the 28-year-old failed to finish in the top three – he was fourth in the 50-metre breaststroke on Monday.

“I knew after my turn that I wouldn’t win the race,” Kitajima said Monday.

The results come as the Japanese swimmer prepares for the 2012 London Games, where he hopes to again sweep the 100-metre and 200-metre like he has at the last two Olympics.

Defending champion Qatar was knocked out of the football tournament in an extra-time loss to Uzbekistan, while South Korea beat China 3-0 in second-round matches. Ivan Nagaev scored in extra time after the match was locked 0-0 at the end of regulation, sending Uzbekistan into a quarterfinal against South Korea.

Khalfan Fahad fired into the far post from in front of an open goal in an inexplicable miss that cost Qatar a win. Fahad was in position to score two minutes into extra time after Uzbek goalkeeper Timur Juraev clumsily overran the ball as it entered the area. Seemingly all Fahad had to do was knock it in, but the young midfielder side-footed it into post and back into the field of play.

“It’s a bad moment for him. He’s a young player and he’s got to forget this one,” Qatar midfielder Mohamed Sala Elneel said.

The South Koreans dominated a China squad in front of a vocal 44 000-strong crowd, opening the scoring in the 19th minute via Kim Jung-woo, with France-based striker Park Chu-young making it 2-0 from a free kick just after the break and Cho Young-cheol adding a third in the 58th.

It was a different scene at the badminton.

The Philippines won its first gold medal of the games when Engelberto Rivera finished first in men’s singles bowling.

China continued to lead the gold medal count with 54, South Korea had 18 golds and Japan was in third place with 13. — Sapa-AP