Argument to clear Agliotti to commence 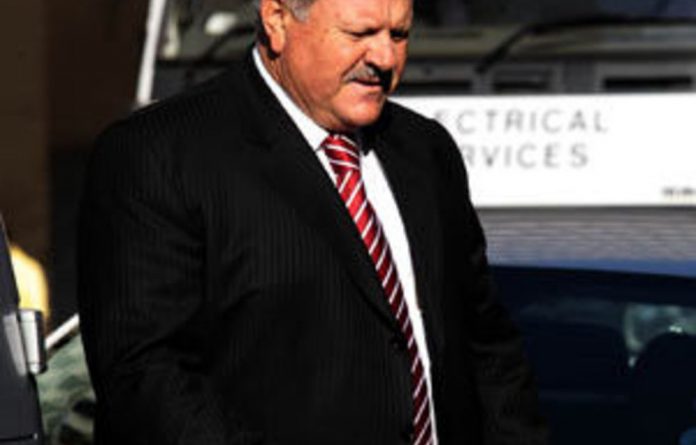 Argument over whether Brett Kebble murder-accused Glenn Agliotti has a case to answer is set to start at the Johannesburg High Court on Wednesday.

Agliotti’s defence counsel Advocate Laurance Hodes SC applied for a discharge of the four charges against Agliotti in terms of section 174 of the Criminal Procedure Act.

The Act states that if, at the close the prosecution’s case, there is no evidence the accused committed the offence, he could be acquitted. He applied for the discharge once the state closed its case after calling 13 witnesses.

Hodes is set to argue that there was a “conspiracy to attempt to falsely implicate” Agliotti in this case, according to his heads of argument.

The heads of argument detail the testimonies of each witness and the inconsistencies therein — the bulk of it focuses on the state’s key witness, ex-security boss Clinton Nassif, who was grilled incessantly by Hodes under cross examination.

“The undisputed evidence to the effect that most if not all of the witnesses testified with regard to aspects that were not dealt with in their statements that were made available to the defence, but rather adduced evidence as a result of what had transpired in consultations with the former investigators and prosecutors in this matter impacts negatively upon their credibility and the fairness of this trial,” reads Hodes’s heads of argument.

It said evidence suggesting that self-confessed hitmen boxer Mikey Schultz and Nigel McGurk “worked off the same statement” to compile their own statements impacted negatively on their credibility and the fairness of the trial.

“All previous statements made no mention of this accused [Agliotti] being involved in any manner in any of these offences.

“These are the statements that were made available to the defence in preparation for this trial. The manner in which subsequent consultations and statements were obtained, which coincidentally contradict previous section 204 statements, makes it plain that there was a conspiracy to attempt to falsely implicate this accused in this matter.

“In the haste to prepare a supplementary statement on Nassif’s behalf, his legal representatives and the investigating authorities who were seized with this matter at the time, failed to ensure that his later contradictory assertions would enjoy the protection afforded by section 204 of the Criminal Procedure Act,” it added.

Nassif was a section 204 witness in the trial meaning that he could be granted immunity for his wrong-doing if the court deemed him a forthright and honest witness.

Hodes would argue that attempts to “manipulate the evidence of state witnesses” to make sure they testify about matters not contained in their statements, especially when the statements were made in terms of section 204, was “unconstitutional” and rendered the trial unfair.

“This indicates the gravity of the interference with these witnesses prior to them testifying under oath before this Court.”

He will argue that state organs who “withheld statements and documentation” until just before the start of the trial and during proceedings resulted in an abuse of Agliotti’s “fundamental right” to a fair trial.

He further charges that the state did not provide evidence that Agliotti committed the offences.

“There is therefore no reason to put the accused on his defence to answer any case not made out by the state,” the heads read.

Agliotti is facing four charges, one of murder, one charge of attempted murder and two counts of conspiracy to commit murder.

The murder charge relates to the September 2005 Kebble shooting in Athol, northern Johannesburg.

The matter would be heard before Judge Frans Kgomo at 10am on Wednesday. — Sapa