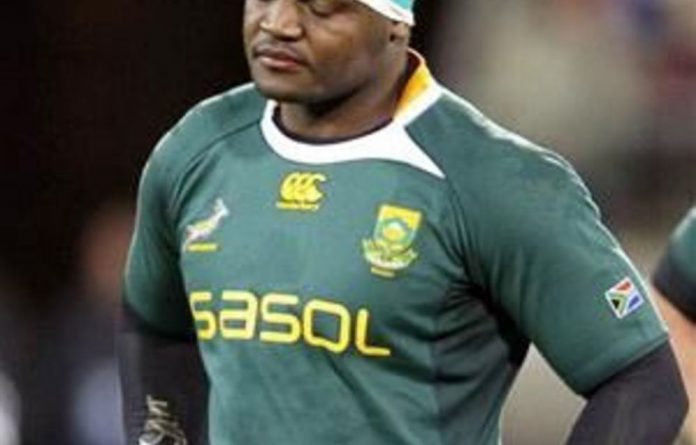 South Africa’s Bjorn Basson has proclaimed his innocence after he and a teammate failed doping tests following the Springboks’ win over Ireland in Dublin, the Times newspaper said on Wednesday.

The stimulant, which is commonly used as a nasal decongestant and may also feature in nutritional supplements, was added to the World Anti-Doping Agency’s list of banned substances last year.

“I don’t know how this drug got into my system. I have no idea at all. I was very shocked when I first heard. I couldn’t believe it was happening to me,” the newspaper quoted Basson as saying.

The pair were sent home and landed in South Africa on Tuesday after being provisionally suspended from all rugby, including this Saturday’s match against Scotland at Murrayfield and the November 27 encounter against England.

Basson said he was confident about the future because he knew he was innocent.

Sticking together
“The team knows it too. Chili and I will stick together through this,” he said.

Ralepelle sent the newspaper an SMS that said, “No worries God is in control.”

The players were randomly drawn for testing by anti-doping officials following the Test at Lansdowne Road.

South African Rugby Players Association CEO Piet Heymans, who was handed the responsibility of picking a legal team to represent the pair, said the players had given the go-ahead for their “B” samples to be tested, according to Business Day newspaper.

“I have spoken to the players and their legal team and there was consensus that their B samples should be tested, so we have arranged for that to be done,” Heymans said.

“We are not certain how long it will take, but we suspect it would happen in the next three to four days. But a formal investigation is under way.” – AFP