Qantas: Forty A380 engines need to be replaced 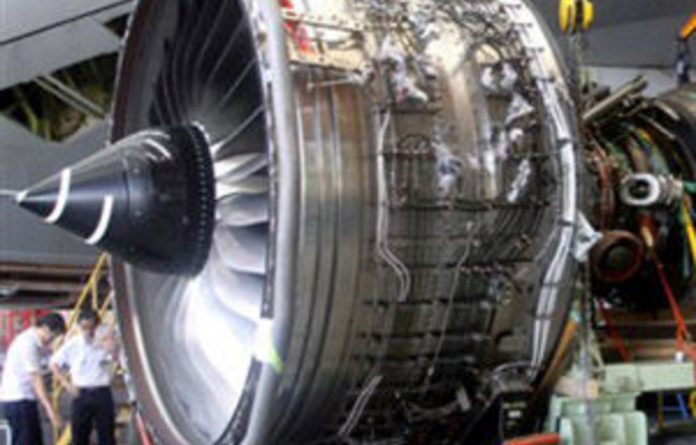 Up to half of the Rolls-Royce engines of the type that disintegrated on an Airbus superjumbo this month may need to be replaced by the three carriers in Australia, Singapore and Germany that use them, the Qantas chief executive said Thursday.

Qantas CEO Alan Joyce told reporters on Thursday that Rolls-Royce had indicated that up to 40 of them may need to be replaced.

“Rolls-Royce are still working through the criteria for which engines need to be changed,” Joyce said one the sidelines of an event in Sydney unrelated to the A380 incident. He said that 14 of the 24 engines on Qantas planes may have to be replaced.

One of the Trent 900s on a Qantas superjumbo caught fire and blew apart shortly after take-off from Singapore on November 4, in what experts say was the most serious safety incident for the world’s newest and largest passenger plane. The Sydney-bound flight returned safely to Singapore where it made an emergency landing.

All six of Qantas’ A380s have been grounded while extensive safety checks and fixes are carried out, and the airline says three Trent 900 engines have been removed, in addition to the one that blew out. Singapore Airlines, with 11 A380s, and Lufthansa, with three, briefly grounded some of their planes after the Qantas scare but returned almost all of them to service after conducting safety checks.

Singapore Airlines has said it replaced three Trent 900s. Lufthansa replaced one but said the reason was unrelated to the Qantas blowout.

The other airlines that fly A380s, Dubai’s Emirates and Air France, use engines built by Engine Alliance, a 50/50 joint venture between GE Aircraft Engines and Pratt & Whitney.

Joyce reiterated that Qantas would not be putting its A380s back into service until the airline was satisfied they were safe to fly.

“We’ll have a daily dialogue with Rolls-Royce to determine which engines actually need to be taken off,” he said. “We’re hoping to understand precisely which engines need to be replaced and therefore we can have a firm timeline for when they will be back in the air, but we are still a few days away from that.”

Short on detail
Rolls-Royce has been criticised for not providing enough detail on how it is resolving the Trent 900 problem. The London-based company has said the problem was linked to an unspecified single part and has outlined a plan of action to replace it.

Last Friday, Rolls-Royce said it would be replacing modules, or sections of linked parts, aboard Trent 900 engines that were found to have oil leaks.

But the company has said little about how long that process will take and if it will affect the delivery of new A380s to existing and new airline customers. It has not responded to reports that entire engines may need to be replaced or that engines currently in production may be diverted to existing customers with problem engines. Both issues raise the prospect of delays to the delivery of new planes.

Rolls-Royce had been scheduled to hold a news conference at a major biennial air show in the southern Chinese city of Zhuhai in Wedesday, but cancelled it, without giving a reason.

Investigators say leaking oil caught fire in the Qantas engine on November 4 and heated metal parts, causing them to disintegrate before the jetliner returned safely to Singapore. Experts say chunks of flying metal cut hydraulics and an engine-control line in the wing of the A380, causing the pilots to lose control of the second engine and half of the brake flaps on the damaged wing in a situation far more serious than originally portrayed by Qantas. – Sapa-AP