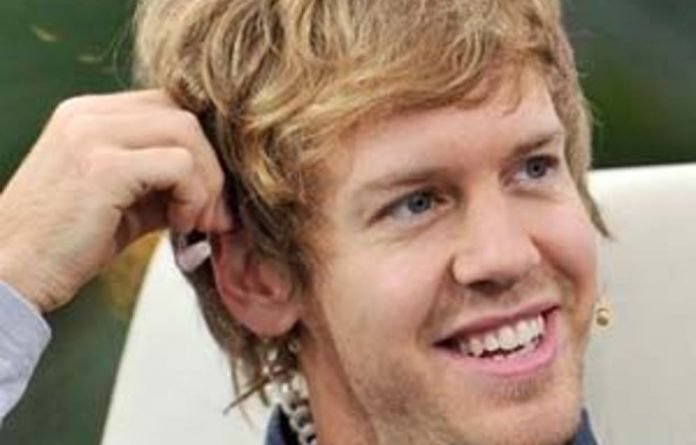 The Formula One season closed with another roller-coaster championship fight that saw Sebastian Vettel and the Red Bull team riding into the history books.

The 23-year-old Vettel emerged from F1’s first four-man duel to win the championship in the season-ending Abu Dhabi Grand Prix, becoming the series’ youngest champion and giving Red Bull its first title only five years after first fielding a team.

Vettel never led the standings during a topsy-turvy season in which five drivers were in contention until the next-to-last race, the Brazilian GP, where the German won to set himself up for Abu Dhabi.

An error in pit-stop strategy by Ferrari at Yas Marina circuit cost Fernando Alonso the chance of becoming the youngest three-time champion, while Red Bull’s Mark Webber saw his own ambitions extinguished by a similar miscue.

Those mistakes appear more glaring given that Vettel’s chances looked dim after he retired from the Korean GP, the race before Brazil.

“I think it’s a typical example of you never know, and just maybe a little similar to what happened in 2007,” Vettel said, referencing how Kimi Raikkonen, then with Ferrari, snatched the title from Alonso and McLaren teammate Lewis Hamilton by a single point.

“Some things are out of our hands and just happen,” Vettel said. “Some people call it destiny, some people are a little bit more looking for explanations, but that’s the way it goes.”

The Austrian team secured 15 of 19 pole positions, but was often unable to turn that performance advantage into race wins. Still, Red Bull also took the manufacturers’ crown after Vettel’s fifth win — from his record-equaling 10th pole of the season — gave the team nine wins on the season.

“You know it’s always easy after things have happened to say, ‘OK, you did right, you did wrong,’ ” Vettel said. “In the end you need every single point.”

F1’s decision to overhaul its point system to award 25 points for a win and 18 for second place made victories more important than they were in the old system in which the first two cars earned 10 and 8 points, respectively.

Red Bull eventually triumphed behind its decision to back both drivers “equally” even though it favoured Vettel at times, such as at the British GP at Silverstone when a wing was removed from Webber’s car and given to his teammate.

“Of course (Vettel) deserves the world title this year,” the 34-year-old Australian said. “We start again from the first race next year. I think if I’m turning up next year thinking that I’m going to follow Sebastian around then this is not the right way.”

The Red Bull drivers trailed Alonso during the closing stages of the season, when the Spaniard controlled his own destiny.

“I will remember this year for a long time and despite the final result,” Alonso said. “I’m very proud of this, the job the team has done and our approach to the last part of the year.”

Massa faded badly
But Ferrari’s decision to publicly back Alonso over teammate Felipe Massa could have played into the hands of opponents as Massa faded badly after being asked to let Alonso pass for a German GP win in July.

Crew changes could also be imminent at the Italian team after the season-ending gaffe, which saw Alonso finish seventh because he was unable to pass Renault driver Vitaly Petrov for 40 laps. A top-four finish would have been enough to secure the title.

“We are Ferrari, which means we are condemned to having to win, so a second place is a defeat; but this is also part of sport and we have to accept it,” team principal Stefano Domenicali said.

Alonso’s situation also highlighted how a lack of overtaking remains a big problem; the drama in the championship race wasn’t often mirrored in the action on the track.

The season started in the Middle East at Bahrain with much enthusiasm after several driver changes and the return of seven-time F1 champion Michael Schumacher. But that start turned into a bore like the finale, which demonstrated how the modern circuits commissioned by F1 boss Bernie Ecclestone may be bold and beautiful but often lack bite. And with a new race in India beckoning next season, that seems unlikely to change.

Hamilton stayed in the hunt for the title to the final race for the third time in four years and the 2008 champion expects McLaren to be even hungrier in 2011. Teammate Jenson Button — champion last year — was in contention until Brazil.

“Every driver has moments when he could have done better, or would have done something different, so you just have to accept what you have and make the best of it,” said Hamilton, who lost crucial points when he didn’t finish in Monza and Singapore and retired in Spain and Hungary. “I think we have a very good baseline from which to evolve this car into 2011.”

Schumacher, meanwhile, finished ninth overall in a return from three years in retirement that led to questions over 2011 and whether the 41-year-old German driver’s legacy has been negatively affected by his Mercedes stint.

“Looking back at certain events there are reasons to be happy with certain things,” Schumacher said. “Most importantly I am happy to keep on working together because I have fun.”

Fellow German Nico Hulkenberg is looking for a new seat after Williams released him even though he won the pole in Brazil.

Rookie teams Lotus, Virgin and HRT all failed to make any impact on the grid, and Ecclestone even labeled them “cripples” before the close of the season.

Meanwhile, Renault made a strong return in the points after three disappointing seasons. Robert Kubica spearheaded the revival that could see the French team contend in 2011. — Sapa-AP