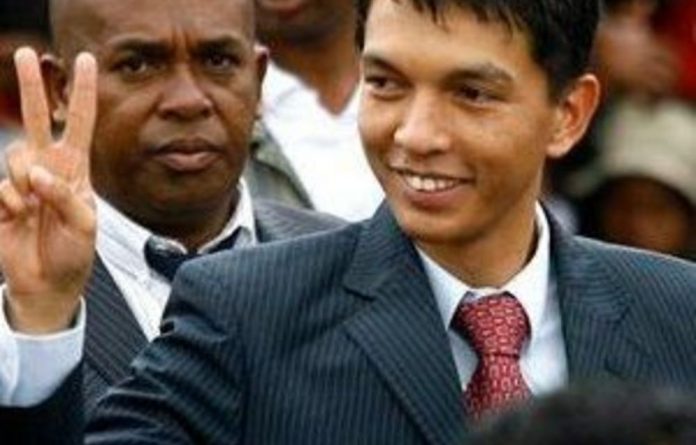 Madagascar’s government on Friday warned families living in a barracks housing a small group of dissident army officers to leave, but insisted it wanted to avoid any bloodshed.

The rebel officers have been holed up in the barracks near the international airport since Wednesday, when they said they planned to topple the government and set up a military council to run the Indian Ocean island.

President Andry Rajoelina’s government said then that it would crush any rebellion but so far no action has been taken against the dissidents. Some political analysts have warned that a bloody confrontation could permanently split the military.

“We are asking the families in the BANI camp at Ivato and the people living nearby to leave the area,” Armed Forces Minister Lucien Rakotoarimasy told Reuters.

“Something is not quite right. We must avoid a confrontation so brothers in arms don’t kill each other. The negotiations continue,” he said when asked if an assault was planned.

Local media said the army had set up a roadblock on the way to the BANI army camp in the Ivato area of the capital to check vehicles, although traffic was still moving. Local media also said schools nearby had been evacuated.

A member of the military police, who declined to be named, said one of its posts near the barracks had been reinforced and six trucks of soldiers where now in position.

Rebel ringleader Colonel Charles Andrianasoavina on Thursday dismissed reports they were in talks with the government to negotiate a peaceful resolution.

Lydie Bokar at political risk consultancy StrategieCo said on Thursday that Rajoelina risked turning his own troops against him if he pushed too hard for a forceful end to the crisis.

The former mayor of Antananarivo rode to power on the back of protests against Ravalomanana’s increasingly autocratic rule. But Rajoelina’s failure to deliver on populist pledges has eroded his popularity.

Analysts said the coup plotters may have overestimated their support among the military, but there was still a risk that Ravalomanana and other former presidents opposed to Rajoelina could foment wider unrest.

“This could still have a bloody ending, though of a limited firefight variety in all likelihood,” said Philippe de Pontet, Africa director at Eurasia Group.

“If former leaders such as the ousted — and generally investment-friendly — President Marc Ravalomanana and his predecessor Didier Ratsiraka, manage to activate a broader uprising, there is a risk of deeper instability in the short term, but we see this risk as about a 25% possibility.”

Another former president, Albert Zafy, said on Thursday he supported the rebels and called on the 36-year-old Rajoelina to quit office. Rajoelina, a boyish-looking former disc jockey, has dismissed the rebels as an irrelevant minority.

Recurring political ructions over the past year have pounded the economy in the world’s fourth largest island, where foreign firms are developing oil, nickel, cobalt and uranium deposits.

The unrest on Wednesday coincided with a referendum on a new draft constitution that would lower the minimum age for a president to 35, allowing Rajoelina to stay in office until elections slated for May 4 2011, and to run again. – Reuters