The curious fill the courtroom 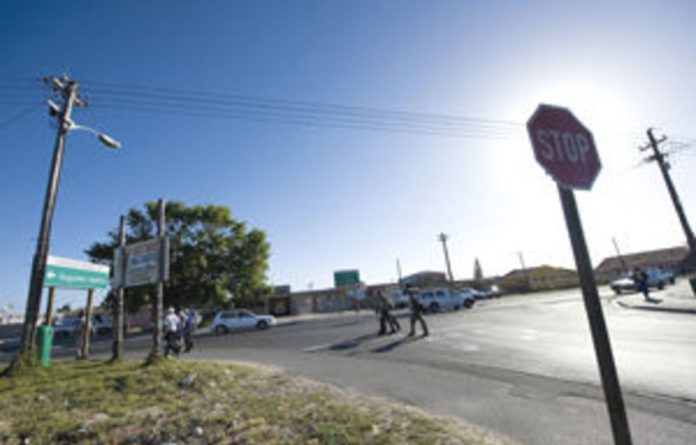 Journalists and curious members of the public squeezed into a hot courtroom at the Wynberg Magistrate’s Court on Thursday to catch a glimpse of 26-year-old Xolile Mngeni, accused of murdering Anni Dewani, a tourist on honeymoon, after a hijacking in Gugulethu at the weekend.

The tall man, dressed in a blue tracksuit zipped up to his chin, appeared bewildered as he was brought into the dock. It was established through a translator that he did not have a lawyer and the case was postponed to November 25 to allow him to acquire legal representation.

Magistrate Jackie Redelinghuys told Mngeni that he was also being charged with robbery with aggravating circumstances. “The state alleges in your case that you committed murder and that the death of the victim was caused during the commission of a robbery with aggravating circumstances, or committed by a group of people acting in common purpose,” the magistrate said.

Redelinghuys ordered that no photographs of the accused should be published as it was likely that identification parades would still have to be held.

Mngeni is a resident of Khayelitsha, a poverty-stricken township on the outskirts of Cape Town. He scanned the room, seemingly for friends and family who might have been in court to support him, before he was led back down the steps to the holding cell.

The case, which has drawn intense international media interest, was moved late on Wednesday from the Khayelitsha Magistrate’s Court to Wynberg.

Despite Mngeni’s brief appearance, Nomphelo Mela and her friends, who strained to get a look at him, said their trip to court had been worthwhile. “We just came to court because we want to see this devil,” said Mela. “What happened is very bad for our country.”

Three bullet wounds
Dewani, a 28-year-old Swede, and Shrien Dewani, her British husband, were reportedly hijacked on Saturday night. He was released unharmed but her body was found, reportedly with three bullet wounds in the chest, in the abandoned vehicle the next morning.

The attack happened when the couple, who had been married for two weeks, were returning to their luxury hotel, The Cape Grace, at the V&A Waterfront. It is believed they made a fatal detour to see the nightlife and “real Africa” in Gugulethu township.

Toby Selander, a freelance Swedish journalist who moved to South Africa after he fell in love with the country, was in court to cover the murder for Swedish press.

Selander said the extent of crime in South Africa had been overplayed before the 2010 World Cup in countries such as Germany, Britain and even Sweden. “People were warned they were going to be brought home in black body bags,” he said.”But then nothing happened — there was virtually no crime.”

However, Selander said, visitors had to be extremely careful. He said he never travelled unaccompanied to a township and tried not to visit townships at night.

This week the South African Institute of Race Relations said the police were out of touch with reality in expressing shock about the murder of a tourist in Gugulethu.

‘Data in the possession of the [institute] shows that over 700 people have been murdered in Gugulethu since 2005. In the year to March 2010, some 110 murders occurred within the Gugulethu police precinct,” the institute said. “This amounts to one murder every two-and-a-half days for five consecutive years. How, under such circumstances, can the police claim to be ‘shocked’ or surprised at what happened to the British couple?”

Out of touch
The institute said this suggested that “the police’s senior management is out of touch with the reality of life on the ground for people in areas such as Gugulethu, who have been left to run the gauntlet of violent crime on a horrific scale”.

“Many of these communities rightly deserve to feel deeply let down by the performance of their government and insulted when it feigns shock and surprise at violence that has become commonplace across South Africa’s poorer urban peripheries.”

General Bheki Cele, the national police commissioner, said at a briefing after Mngeni’s court appearance that a second suspect had been arrested in connection with the hijacking and murder of Dewani. One or two other arrests might follow. He said that initial postmortem results did not indicate that Dewani had been sexually assaulted before being killed.