The life of Brian — in Harare 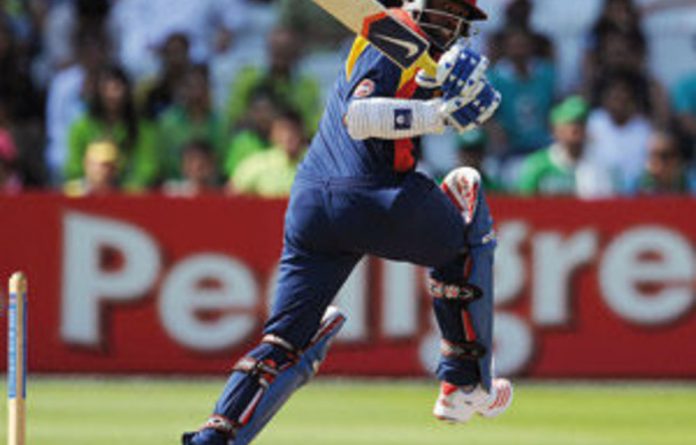 Dale Steyn’s frustration was there for all to see and share on the final day of the first Test against Pakistan in Dubai but his slow climb back to form is normal for a fast bowler returning from injury.

His rustiness contributed as much to the failure to win as the glut of dropped catches — and that’s fine. He’ll be back. It was a decent reminder of how good he is at his best, of how the Proteas have won Test matches on his back — and of how everybody else needs to raise their own game.

It made conventional sense to play two spinners, but neither Paul Harris nor Johan Botha is a “strike” bowler and once Younis Khan and the rest of the top order had settled into a defensive mode, South Africa’s lack of a fourth seamer was exposed.

Flexibility of strategy is admirable and should continue to be explored, but the country’s traditional strength has been its quick men and sacrificing one for a second “tight” spinner backfired this time. If Steyn had been at his best it might have been very ­different.

The Test match was followed closely by an eclectic group of international cricketers in Harare, where the second edition of Zimbabwe’s domestic T20 tournament is taking place. Lance Klusener, playing for the Mountaineers — coached by Allan Donald — has lost little of his enthusiasm for the game, but pales when compared with Andrew Hall, whose feistiness and drive as player/coach have come as something of a shock to the Mashonaland Eagles.

“I haven’t lost it, you know, I can still do the ‘death job’,” he said after yet another accurate display of swing bowling from the veteran. “Tell them down south I can still do a job for the Proteas! Nah, they won’t call —”

But the really big name in the tournament, and one of the biggest of all time, is Brian Lara, who has come out of retirement after three years at the age of 41 to play for the Southern Rocks franchise. Captained by Kenyan veteran Steve Tikolo and including another veteran in Kiwi Chris Harris (whose gentle leg-rollers remain as mysterious as ever), Lara finds himself in unusual company and even more extraordinary surrounds.

Why did he do it? Surely it was a comeback doomed to ignominy, as the majority of sporting greats have endured after asking the clock to rewind. Thank goodness he produced an innings of 65 from 50 balls in his first game. Not spectacular, or even very good, but certainly not bad from a genius well past his prime. In truth, it even contained two or three moments of classic Lara. In between all the scratching and mistiming.

But he didn’t come to Harare just to score runs and prove that he could still bat. He came to prove, to himself, that he was still worth something beyond his reputation. To listen to his tales from the world of wealth and excess is an exercise in incredulity. Indian billionaires fly him — by private jet — to the Cayman Islands for dinner. He cruises the Mediterranean as a guest on obscenely lavish yachts.

But the hollowness of such a lifestyle catches up with some people, and Brian Charles, Prince of Port-of-Spain, may just be one of those. There comes a point soon after the luxury of retirement has faded when the greats need, desperately, to see a point to their existence. For Lara, the pitiful appearance in the Indian Cricket League was a depressing embarrassment.

Now he has the double-barrelled opportunity of proving his self-worth. He can score runs, but he can also shape the future of his new companions.

Lara is a hero in Zimbabwe almost as much as he is in his haven of Trinidad and Tobago. Even young Zimbabweans more inclined towards soccer know exactly who he is and are drawn to him. Cricket bosses believe he could seriously shape the future of the game in the country, which is why they are considering paying him what many would consider an obscene amount of money to formalise a three-year relationship. But if Lara upholds his side of the deal it really could be worth it in the long run. Nobody was remotely surprised when he pulled a hamstring in his third game and called for a runner (after “hurting” his shoulder moments before the second game and delaying the toss while he decided on his fitness) but he simply cannot be unreliable when it comes to the off-field commitments he has made to the country.

It is that life of private jets and helicopter rides to yachts that even Lara sometimes finds a little over the top — and why he is happy, for now, to plant his feet in the red soil of Harare. Whether they will last three years is a very different matter.