Boks wary of backlash from Scotland 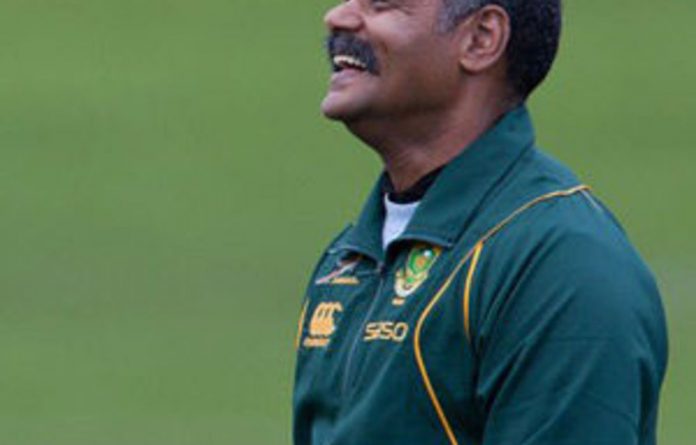 South Africa’s players and coaches are taking nothing for granted ahead of Saturday’s match with Scotland despite the home side’s record loss to New Zealand.

Scotland already looked like being the Springboks’ most straightforward opponent on its Grand Slam tour before it was beaten 49-3 at Murrayfield last weekend.

South Africa forwards coach Gary Gold said that defeat was down to the form of the top-ranked All Blacks and not any shortcomings in a side that had drawn with England before winning four straight Tests going into that match.

“It was Scotland’s first match together after five months and they’ll be much better for it,” Gold said. “They had a series win in Argentina this year and beat Australia at Murrayfield a year ago so they pose a major threat and it would be a big mistake to use last Saturday’s result as any serious form guide.”

Scotland went into last week’s match in high hopes of at least challenging for a first ever win over the All Blacks but were outclassed and conceded seven tries in a heaviest home loss to New Zealand.

The Scots are less vocal in their optimism this time, and are focused mainly on regaining some pride against the World Cup holders.

‘Huge lesson’
“We’ve been working hard at our game,” coach Andy Robinson said. “We were taught a huge lesson last week about how to play the game at pace and if you make mistakes how the opposition can capitalise on that.

Some of that skill could come from Joe Ansbro, who was promoted to the starting lineup in place of the injured Max Evans.

Ansbro had been set to play for the second-string A side against the United States on Friday but will instead make his full debut at outside centre against the Springboks.

“I know it’s going to be like nothing else I’ve ever experienced in rugby,” the 25-year-old Ansbro said. “There’s nothing that can prepare you for that. I’ve just got to stay focused, stay confident.

“They’re a fantastic side, a physical side, world champions. This is what you get into rugby for, to play these games at this stadium in front of large crowds.”

New trio
South Africa simply wants to go into next week’s match against England still in the running to complete its first Grand Slam over the British Isles sides since 1961.

With wing Bryan Habana ruled out of the rest of the tour because of a broken hand, Sharks wing Lwazi Mvovo has been promoted from the bench for a debut appearance and a fourth change to the team that edged Wales 29-25.

Wing Odwa Ndungane, hooker Bandise Maku and uncapped scrumhalf Charl McLeod have been called into the squad as cover after Basson and Chiliboy Ralepelle were sent home on Monday following positive tests for a banned stimulant — but the new trio will not be available until next week. – Sapa-AP