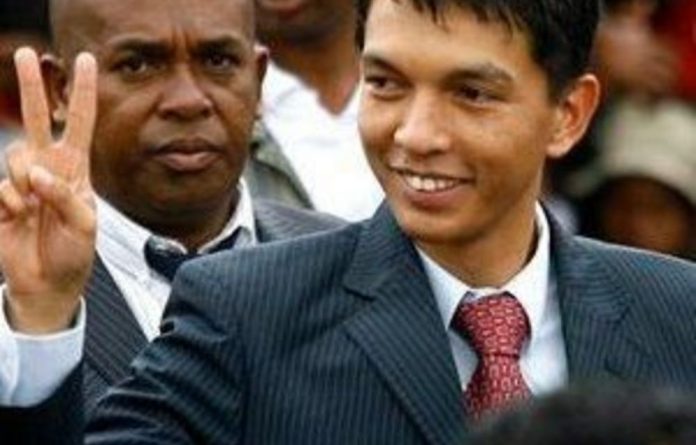 Madagascar’s army stormed a barracks housing dissident officers on Saturday and ended a four-day mutiny by the group who wanted to overthrow President Andry Rajoelina.

The group of rebel officers proclaimed their plans from the barracks on Wednesday as the country was voting in a referendum on a new constitution and they called on other soldiers to join their cause.

But the rebel officers remained isolated and army chiefs held talks with them on Friday to try and resolve the standoff without resorting to force — despite earlier government vows to crush any rebellion.

Political analysts said the longer the stand-off endured, the more damaging it would be to Rajoelina and his administration as it was starting to look as though the army was reluctant to carry out orders.

Witnesses said there were sustained bursts of gunfire and sporadic shots for more than 20 minutes following the assault on Saturday by about 100 men. Soon after the shooting stopped, a convoy of more than a dozen vehicles left the barracks, located on the outskirts of the capital Antananarivo.

Surrender
“[The rebel officers] were ready to give themselves up but lower-ranking soldiers opened fire,” Colonel Julien Ravelomihary, who was at the camp, told Reuters.

Another soldier who took part in the assault said the officers eventually surrendered.

The unrest in Madagascar, the world’s fourth largest island and biggest producer of vanilla, underscores the depth of internal rifts plaguing the army since Rajoelina drove predecessor Marc Ravalomanana into exile last year.

Rajoelina, the former mayor of Antananarivo, rode to power on the back of protests against Ravalomanana’s increasingly autocratic rule. But Rajoelina’s failure to deliver on populist pledges has cut into his popularity.

The support of now-army chief of staff General Andre Ndriarijoana and other officers was the turning point in Rajoelina’s struggle to oust Ravalomanana.

But some of those officers who backed Rajoelina’s power grab were the ones calling for him to quit this week.

Any hopes Rajoelina had that his takeover would at least be tolerated by the international community were dashed. The United States froze development aid and the African Union slapped sanctions on Rajoelina and 100 of his supporters.

Internationally-brokered power-sharing deals between Rajoelina and three opposition parties headed by former presidents all floundered amid bickering between the bitter rivals over top government posts.

Recurring political ructions over the past year have battered the economy in Madagascar, where foreign firms are developing oil, nickel, cobalt and uranium deposits. – Reuters

From a lake high in Madagascar, Africa’s own caviar