SA man among the missing in New Zealand mine 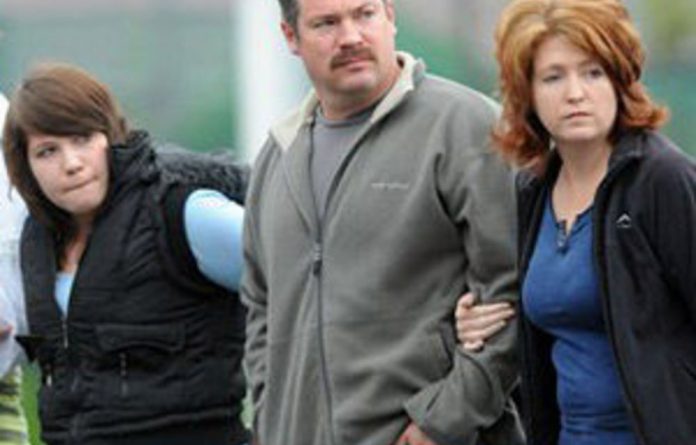 New Zealand police confirmed on Saturday there were five foreign nationals — including a South African — among the 29 people missing after a mine explosion.

In addition to the unidentified SA man, there are 24 New Zealanders, two Australians and two Britons.

There has been no contact with the men since the explosion on Friday afternoon at the Pike River mine on the west coast of the South Island.

Although search teams have been at the site since the blast, they have been held back from entering the shaft because of concerns over possible poisonous gases in the mine.

The mayor of the Grey district, who briefed family members on the gas dangers, said frustration was starting to show.

Tensions build
“There’s tension building all round, people aren’t talking about the worst, but I can see it on their faces.”

The explosion was likely to have been caused by methane gas, Pike River Coal chief executive Peter Whittall told a news conference in Greymouth, the nearest town to the mine.

“The air quality tests from the samples taken this morning have been inconclusive,” Whittall told reporters, adding testing was continuing.

District police commander Superintendent Gary Knowles said there was a “fine balance” in deciding when to allow rescuers into the mine.

“I’m not going to put people underground and risk further lives,” he said.

The small size of the search area in the two-year-old mine and the time to plan and prepare while the air is checked meant the actual search itself would be quick, Knowles said.

“Once that window of opportunity opens, we only need a short timeframe to get in there, look at what’s down there, and make a decision about what we are going to do,” Knowles said.

‘Huge anxiety’
Tearful family members and friends, hugging and embracing each other, left after a meeting with officials but refused to talk to media.

New Zealand Prime Minister John Key said offers of help and support had flooded in from around the world.

“This is a time of huge anxiety and concern for the miners and their families, and our hearts and thoughts go out to them,” Key said.

Whittall said underground communications were down, except for one emergency phone which rescuers had been calling constantly without anyone picking up.

He stressed the miners might be trapped in an area away from the phone, or unwilling to venture from an area of safety to answer it.

“It’s quite conceivable that there is a large number of men sitting around the end of the open [ventilation] pipe, waiting and wondering why we are taking our time to get to them,” he said.

Weather at the mine site was grey and overcast, with occasional drizzle and low clouds shrouding the forested hills.

The accident follows the ordeal of 33 Chilean miners trapped in an underground chamber for two months before their dramatic rescue last month, when they were hoisted one by one to safety through a hole drilled 700m through rock.

Whittall said the New Zealand mine gave rescuers an advantage over the Chilean situation, given the Pike River colliery’s main shaft was a horizontal tunnel, enabling easy access by foot or heavy vehicle.

The mine is about 2,3km long, with the trapped men believed to be most of the way inside. There are a number of ventilation shafts which climb vertically at least 100m to the surface to provide fresh air.

The explosion is believed to have occurred about 1,5km along the mine shaft.

Two men escaped the mine in the moments after the blast on Friday, walking out of the main shaft, but they were unable to give rescuers the location of the others. – AFP, Reuters