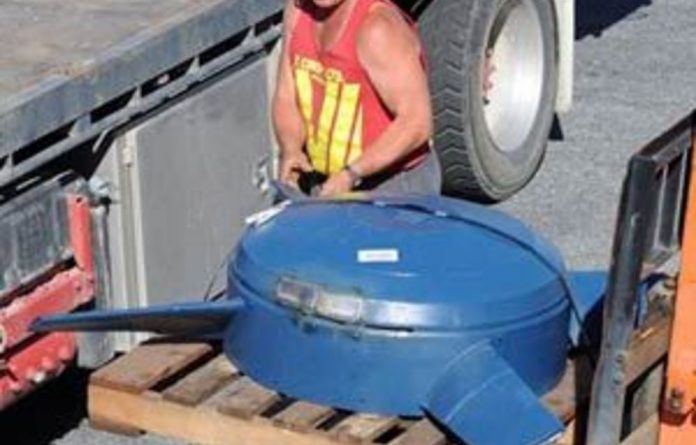 New Zealand’s prime minister warned the nation to prepare for the worst as there remained no viable way to reach 29 coal miners missing since Friday when they were trapped by a blast so powerful it broke surface vents and blew dust across nearby valleys.

A bomb-disposal robot that was sent into the Pike River mine to assess conditions and learn the fate of the men short-circuited and failed on Tuesday when water hit it underground. Replacements were being flown from the New Zealand army and from West Australia, said police superintendent Gary Knowles, the head of the rescue operation.

“Toxicity is still too unstable to send rescue teams in,” Knowles told reporters. “This is a very serious situation and the longer it goes on, hopes fade, and we have to be realistic.”

The robot breakdown and the release of security camera footage showing the huge power of a blast last Friday sent relatives’ hopes for the men’s survival plummeting.

“We hope and pray that the missing men are alive and well,” Key said in a somber address to Parliament. “But given we have not had contact with the men for nearly four days, the situation remains grave. Although we must stay optimistic, police are now planning for the possible loss of life.”

There had been little progress hours later, when the situation entered its fifth day.

The youngest of the 29 miners was on his first day on the job, just a day after his 17th birthday. Joseph Dunbar was so excited he persuaded mine bosses to let him start his first shift three days early, his mother, Philippa Timms, told media.

Explosive gases
Rescuers cannot enter the mine because toxic and potentially explosive gases are swirling in the tunnels and heat underground is believed to be coming from a smouldering fire.

Police Minister Judith Collins said everybody shared the frustration of the miners’ families that a rescue had not yet started. “The situation is bleak, it is grave, but we can’t put people underground to risk their lives,” she said.

The security footage shows a wall of white dust surging from the mine entrance and small stones rolling past for about 50 seconds as the force of the blast rips out of the mine.

The dust was blown across a valley and the blast wave shot up a ventilation shaft, tearing off surface vents hundreds of feet above the blast, Pike River mine chief executive Peter Whittall said.

He was among officials who showed the footage to family members of the missing men. Some of the relatives left the briefing, choosing not to watch, he said.

“It was very sobering. There was a lot less questions today after that,” Whittall said. “It was a very quiet family meeting.”

A team boring a narrow hole to an area where the miners might be has inched closer to their goal.

Once completed, the 160-meter-long shaft will sample gas levels and determine if rescuers can finally move in. A listening device may be dropped to detect sounds such as tapping if the men are alive.

Each miner carried 30 minutes of oxygen and fresh air, food and water was stored in the mine that could allow them to survive several days, officials say.

New Zealand’s mines have been safe historically, with 181 deaths in the country’s mines in 114 years. The worst disaster was in 1896, when 65 died in a gas explosion. Friday’s explosion occurred in the same coal seam. — Sapa-AP