Agliotti’s fate to be decided 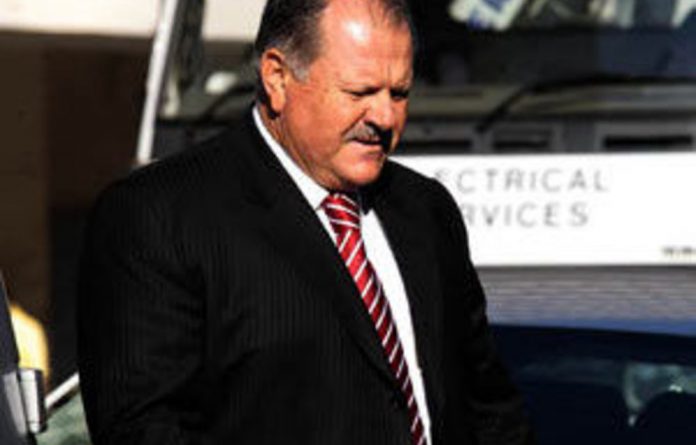 Judge Frans Kgomo is expected to hand down his ruling on Thursday on whether Brett Kebble murder accused Glenn Agliotti has a case to answer.

Last week, Agliotti’s legal team led by advocate Laurance Hodes SC argued for a discharge of the charges in terms of Section 174 of the Criminal Procedures Act.

This was once the state wrapped up its case after calling 13 witnesses from a list of about 50. Section 174 of the Act states that if, at the close the prosecution’s case, there is no evidence the accused committed the offence, he could be acquitted.

Over five years after the 2005 shooting of the mining magnate, Agliotti is at a cross-roads — if Kgomo rules in his favour, he will be free of the charges haunting him since his arrest in 2006.

Should Kgomo slap down the discharge application, the defence has two options: Hodes could call Agliotti to the witness-box to lead evidence and lead other witnesses or he could opt not to call any further witnesses and close the matter.

Arguing for the discharge earlier this month Hodes rubbished the testimony of the state’s key witness, security boss Clinton Nassif.

This was in response to the state’s contention that Nassif was not “cracked” under cross examination on the key aspect of Agliotti’s involvement in committing the crimes for which he was facing charges.

“You crack something fragile like an egg. This witness wasn’t cracked, he was annihilated. He was obliterated,” Hodes said.

He further submitted that the “wrong man was in the wrong box”, meaning Agliotti’s should be in the witness-box, with Nassif in the dock.

The state, however, led by deputy director of public prosecutions in Gauteng, advocate Dan Dakana, maintained that Agliotti played a role in the Kebble slaying.

He contended that despite some “contradictions” in the evidence from the witnesses the state led, there was “some corroboration”.

‘Chain of command’
Dakana told the court that payment for the shooting was to come from Agliotti and that Agliotti was present when the “assisted suicide” was discussed.

He told the court that the evidence showed Agliotti had a place in the “chain of command” between Kebble, his business partner John Stratton and Nassif.

Agliotti is facing four charges — two of conspiracy to commit murder, one count of attempted murder and another of murder.

The murder charge relates to the Kebble shooting in Melrose, north of Johannesburg.

One conspiracy charge relates to the plot to kill Allan Gray auditor Stephen Mildenhall, Jean Daniel Nortier, Dr Mark Bristow and Mark Wellesley Woods. The other is for planning to kill Kebble.

Kgomo is expected to deliver his ruling on Thursday at 10am. — Sapa