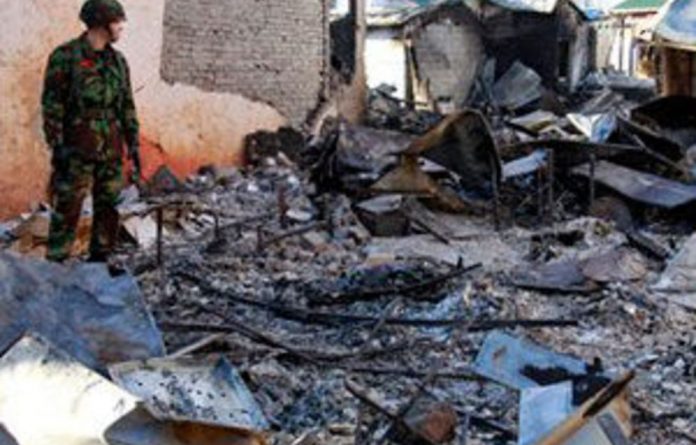 China expressed concern on Thursday about South Korea’s planned joint military exercise with the United States, and a foreign ministry spokeperson refrained from singling out Pyongyang as being responsible for an exchange of artillery with South Korea.

South Korea’s foreign ministry said earlier that a joint military exercise with the United States due later this month would send a clear message to North Korea, which shelled a South Korean island on Tuesday, killing four people and triggering a confrontation.

“We have noted the relevant reports and express our concern about this,” a spokesperson for the ministry, Hong Lei, told a regular news conference.

In answers to repeated questions, Hong did not directly criticise the planned US-South Korea military exercises, instead noting China’s “concern” about them.

‘Regional stability’
Beijing was angered earlier this year by joint US-South Korea naval exercises off the South Korean coast that those two nations said were meant to warn North Korea. Beijing said such exercises could threaten its security and regional stability.

Friction between Beijing and Washington over Chinese maritime claims and US naval activities has added to irritants between the two countries, which have sparred this year over exchange rate policy, Taiwan, Tibet and internet policy.

Beijing — which has been urged by the United States and its regional allies, South Korea and Japan, to help rein in Pyongyang — was maintaining contact with Washington over tensions on the Korean peninsula, Hong said.

When asked about the responsibility for the incident, Hong said: “We’ve noted that there are different views of the cause of the incident.” He did not single out North Korea for criticism.

Muted response
Hong’s remarks echo China’s response to the deadly sinking of a South Korean naval vessel in March, when it refused to blame North Korea for the incident, which killed 46 sailors.

Most nations have condemned Pyongyang for Tuesday’s artillery attack, but Beijing’s initial response on Tuesday was more muted, calling for both sides to exercise restraint.

The resumption of stalled six-party talks to persuade Pyongyang to abandon nuclear disarmament was “urgently” needed, Hong said, adding that all parties in the dispute in the Korean peninsula should “do more to ease” the situation.

Chinese Foreign Minister Yang Jiechi had delayed a plan to visit Seoul this week due to scheduling disputes, Hong said.

The delay could pose a setback for South Korea’s plan to pursue constructive engagement with China to use its influence over Pyongyang.

Hong did not directly answer questions about whether China believes the shelling incident should be discussed by the UN Security Council. – Reuters