Another shameful betrayal of Haiti 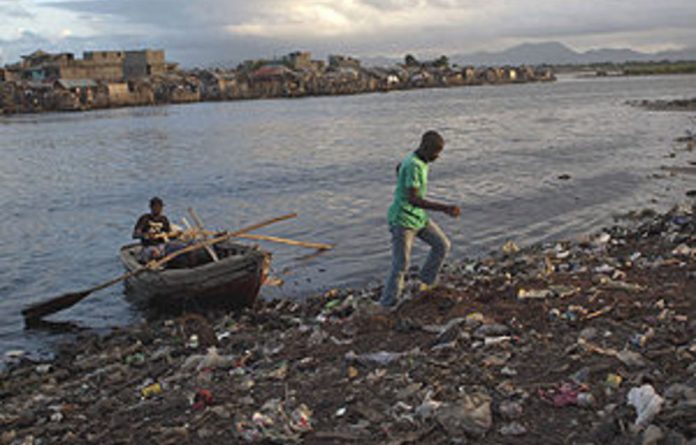 Poverty and a lack of rudimentary infrastructure compels most Haitians to drink untreated water, but there has been no cholera for decades. All the bacterial samples match a strain endemic in southern Asia.

Cholera broke out in Nepal in the summer and in mid-October a new detachment of Nepalese United Nations troops arrived at their Haitian base near the Artibonite River.

Untreated waste
Haitians living downstream of the base started to get sick and the disease spread rapidly. On October 27 journalists found evidence that untreated waste from UN latrines was pouring directly into an ­Artibonite tributary.

More than 1 200 people are already dead and 20 000 infected — and the toll is set to rise rapidly. So is the intensity of popular protest against the latest UN crime in Haiti, which allegedly follows killings and rapes.

Rather than examine its role in the epidemic, however, the UN mission has opted for disavowal and obfuscation. UN officials have refused to test Nepalese soldiers for the disease or to investigate publicly the origins of the outbreak.

The agency has preferred to characterise the fresh wave of protests as a “politically motivated” attempt to destabilise the country before presidential elections on November 28. Protesters have been met with tear gas and bullets; at least three have been killed. So far, so normal.

The unaccountable army
The whole UN mission in Haiti is based on a violent, barefaced lie. It says it is there to support democracy and the rule of law, but its only real achievement has been to help transfer power from the people to an unaccountable army.

Haiti’s incompetent but vicious armed forces, established as a delegate of United States power, dominated the country for most of the 20th century. After surviving a brutal military coup in 1991, the first democratically elected government — led by president Jean-Bertrand Aristide — demobilised the hated army in 1995.

In 2000 Aristide was re-elected and his Fanmi Lavalas party won an overwhelming majority. This raised the prospect, for the first time in modern Haitian history, of genuine political change.

The tiny Haitian elite and its allies in the US, France and Canada were threatened by the prospect of popular empowerment and took elaborate steps to undermine the Lavalas government.

In February 2004 Aristide’s second administration was overthrown in another disastrous coup, conducted by the US and its allies with support from ex-Haitian soldiers and right-wing leaders of the Haitian business community.

A US puppet was imposed, amid savage reprisals against Lavalas supporters. Since no domestic army was available to guarantee “security”, a UN “stabilisation force” was sent in at the behest of the US and France. The UN has been providing this substitute army ever since.

Aftermath of the quake
Recently, the UN has also kept a lid on the growing pressure in Port-au-Prince for improvement in the intolerable conditions of 1,3-million people left homeless by January’s earthquake.

Cholera or no cholera, the UN’s priority is to ensure that next week’s elections go ahead. For Haiti’s elite and its international allies, the elections offer an unprecedented opportunity to bury the Lavalas project once and for all.

Fanmi Lavalas itself has been barred from participating in the election (with hardly a whisper of international protest) and many of its supporters are likely to back its call to boycott this latest masquerade.

This election looks set to reinforce the “security” (and inequity) of the status quo, with the many profitable opportunities that a suitably secured post-disaster Haiti continues to offer investors.

It may even enable right-wing presidential candidates such as Charles Baker to pursue their long-standing goal: restoration, with “international supervision”, of Haiti’s own branch of the imperial army. And if that happens, the UN’s departure may serve only as a transition from one occupying force to another. — Guardian News & Media 2010

Peter Hallward is professor of modern European philosophy at Kingston University and author of Damming the Flood: Haiti, Aristide, and the Politics of Containment