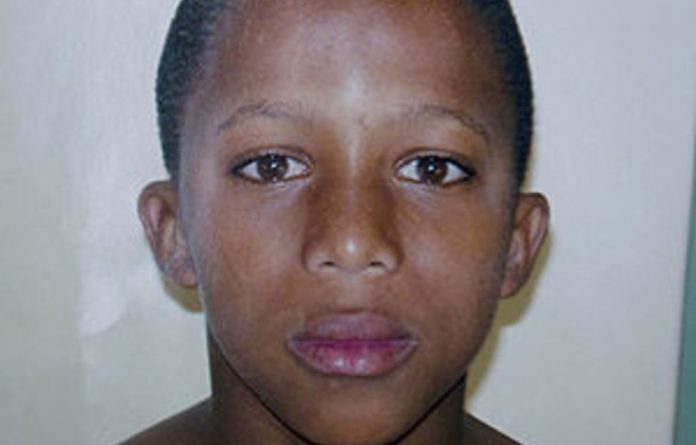 On Tuesday this week, more than four years after 14-year-old Leon Booysen allegedly used his trousers to hang himself in the Heidelberg police cells, the inquest into his death began at the Heidelberg Magistrate’s Court.

Magistrate Gerhard Strydom postponed the hearing until January 26 and warned potential witnesses to re-appear next year.

Booysen’s aunt Sylvia Minies, who has steadfastly claimed that her nephew did not kill himself, was doubly disappointed with the postponement and with the result of the postmortem report, which she heard for the first time during the inquest.

According to the report, Booysen’s death was “consistent with hanging”. Minies remains adamant that something else caused his death. She has been suspicious of the circumstances surrounding his death since she prepared his body for burial in 2006.

“[He] looked like he was sodomised,” Minies said. “He had marks on his knees and a huge green bruise on his forehead. There were no marks on his neck and there were tears in his anus. Somebody did something to Leon and maybe choked him to death or suffocated him because they thought he would tell.”

Evidence and questions
Undertaker Sun Lai said: “I saw his body 10 days after his death. He was still bleeding through his nose and ears and there was blood in his rectum. The bruising on the boy’s inner leg was very, very bad.

“There was no doubt in my mind that this child had been molested. It looked to me like a large object had been pushed inside him.”

Minies’s attorney, Morgan Courtenay of the University of Pretoria’s Child Law Centre, said after the postponement he was considering calling additional witnesses in January.

These might include state pathologist Dr Johannes Steenkamp, who performed the postmortem, and state toxicologist Kenneth Xaba, whose report took three-and-a-half years to complete.

Whatever happened to Booysen between the time he was detained and the discovery of his body at 11.20am on Sunday morning, October 22, 2006, remains a mystery.

The Wits Justice Project understands that neither postmortem report nor death certificate records the time of death.

The charges
Minies also learned for the first time that the charges against the boy had been “housebreaking and theft”. Until now, she had been told that he was arrested for stealing bread from a hostel kitchen at Emmasdal High School where he was a boarder.

Following a complaint by Minies to the Independent Complaints Directorate in 2006, national spokesman Moses Dlamini said the ICD had recommended disciplinary action against the officers on duty for failure to maintain hourly cell visits.

“A disciplinary hearing was held and Superintendent Selota was given a warning.” Colonel Selota is now second-in-command of the Heidelberg police station.

Dlamini said four children had committed suicide in police custody in 2006 and two in 2009-10.

Meanwhile, although Minies will have to wait until next year for answers to the questions that have plagued her for so long, she has no intention of abandoning her quest to discover exactly what happened to the child.

Carolyn Raphaely is a member of the Wits Justice Project, which investigates miscarriages of justice

The guidelines follow a court order in the case of Collins Khosa, who died after an alleged assault by members of the army and the Johannesburg metro police
Read more
Coronavirus

Why calling the police is not an option for me

Brutality at the hands of those meant to protect us is just too common in our society and is mostly targeted at poor, black people
Read more
Coronavirus

In court papers, the family says the investigations into the death of Collins Khosa are neither impartial nor effective
Read more
Coronavirus