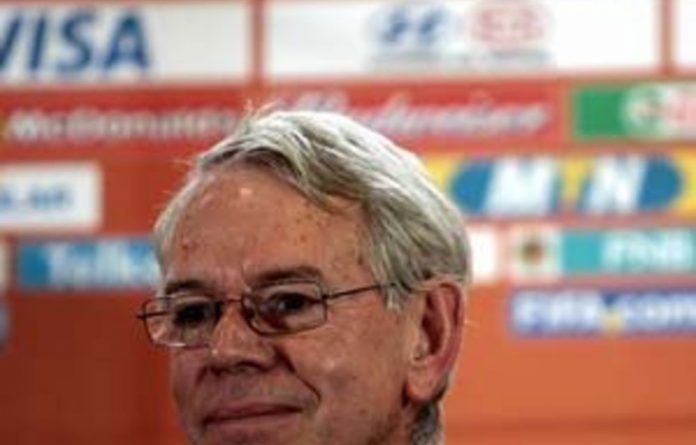 Email correspondence seen by the Mail & Guardian highlights deep differences in the ANC’s economic transformation committee (ETC) over the terms of reference of an investigation into the viability of nationalising mines and key sectors of the economy.

The ANC Youth League, which is pushing hard for nationalisation, is at the centre of the disputes.
Last week ANC secretary general Gwede Mantashe announced the appointment of independent researchers to assist with the
investigation.

Central to the debate is whether the inquiry should be limited to mining or include other key economic sectors, and whether independent researchers or ANC activists should conduct it.

The email exchange, which the M&G has obtained, reveals that some committee members, including the ANCYL’s Floyd Shivambu, propose that the investigation should focus both on the mines and other strategic sectors such as banks, energy and petroleum.

“While transforming our mining sector, including through state intervention, must obviously be located within a wider new economic growth path strategy, giving the research team the task of looking at all sectors of the economy is too wide for a two or three-person research project and will be seen in some quarters as avoiding the mining nationalisation debate,” he said.

“On the other hand, it isn’t going to be helpful to do a half-dozen international case studies without also understanding what our specific South African challenges are.”

Shivambu accuses Cronin of deviating from the ANC national general council resolution, which called for the nationalisation of mines and other strategic economic sectors to be investigated.

“From this resolution, we can clearly deduct [sic] that the further work is not only confined to mines nationalisation, despite the fact that it is the major focus. The research should therefore be expanded to look into what other strategic sectors of the economy should be nationalised in line with the NGC directives,” Shivambu wrote.

ANC NEC member Joel Netshitenzhe suggests that nationalisation research should take account of ongoing work on a new growth path for South Africa, as well as any work of the National Planning Commission.

But the ANCYL expressed reservations about the government’s involvement, saying government processes should be separated from an ANC inquiry.

The email correspondence also reflects sharp differences over the composition of the steering committee and the reference group.

While Cronin wants the steering committee to comprise only committee members, Shivambu argues for the inclusion of the ANC leagues and alliance partners.

“The political background of the researchers is vital because they should internalise and properly understand the ANC’s third NGC characterisation of the ANC, particularly the multi-class character of the ANC with its bias towards the working class and the poor,” said Shivambu.

Cronin disagrees, saying: “The NWC [ANC’s national working committee] proposal as reported to the NEC said the steering committee should be from the ETC, and no one questioned this in the NEC. Without getting turfy about this, I don’t really see why other sub-committee chairs should be involved,” said Cronin.

The exchange reflects the determination of the ANCYL to keep the nationalisation controversy on the boil.

The ANCYL believes nationalising mines would boost the country’s fiscal capacity to address unemployment, but some party leaders are deeply concerned that it would damage the economy.

He echoed Julius Malema’s efforts to lend a racial slant to the economic debate, saying: “The current ETC composition is not healthy: all the economic ministers are there and Africans are in the minority. We lose debates because they have numbers. Everything we propose, they crush.

“But we want to warn them that whatever they are doing … will be defeated at the policy conference and the national conference in 2012.”

Cronin was conciliatory, saying his was a practical suggestion.

“This is already an enormous task for a three-person 12-month project. Clearly, within the ANC, across the alliance, and in the state, we need to pursue a wide range of studies, analyses and policy options for the role of the state in all strategic sectors of the economy,” he said.

Cosatu not impressed
Cosatu has been publicly cautious about the government’s new growth path unveiled by Economic Development Minister Ebrahim Patel this week — but it clearly has problems with the plan.

Former Cosatu unionist Patel was adamant the plan would create five million jobs between now and 2020, but Cosatu leaders were unhappy that most of its own demands were not addressed.

Earlier this year, Cosatu released its own growth proposals, which suggested redistributive tax interventions including a tax category for the super-rich and a solidarity tax, designed to cap the income growth of the top 10% of South Africans and push up the earnings of the lowest 10%.

At a media briefing in Johannesburg on Thursday, Cosatu said it needed more time to measure the new growth path against its own proposals.

But in an interview on the sidelines of the briefing, its president, S’dumo Dlamini, made it clear the federation was not impressed by elements of the government’s new growth path.

Dlamini said he was particularly concerned about Patel’s proposed wage pact between government, labour and business.

Patel’s document calls for wage increases of inflation plus a few points for those earning between R3 000 and R20 000 a month and a cap for those earning more than R45 000. Dlamini argued that this approach would do little to close salary gaps between lower-paid workers and executives.

‘This approach will impact negatively on those who are in the lower level. The reality is that the majority of our people are earning salaries in the R3 000 range,” said Dlamini.

He questioned how the government expected to create five million jobs using the same economic policies that had failed to create employment over the past 16 years.

“We want to know how they [government] came to stick with the same fiscal policy. With the Gear policy, you can’t achieve anything,” said Dlamini. But he defended Patel for not having won support for radical policy changes, saying he followed Cabinet’s mandate.

Cronin slapped down
Cosatu has taken a swipe at for his criticism of last month’s civil society conference organised by the labour federation, writes Mmanaledi Mataboge.

Cosatu’s central executive committee statement, presented by general secretary Zwelinzima Vavi at a media conference in Johannesburg on Thursday, slammed Cronin for launching “his own tirade” against the civil society conference.

“It is regrettable that Comrade Jeremy’s contribution to the debate on the role of civil society is full of ideological confusion, baseless insinuations and self-contradictory assertions,” Vavi said. He added that, “more worryingly”, Cronin had not tried to engage Cosatu about his unhappiness with the civil society conference.

Cronin’s criticism was based on “total misconceptions” of the nature of the conference, which Cosatu had already clarified in its response to the ANC’s national working committee, said Vavi.

One of the allegations was that even the ANC’s civics organisation ally, Sanco, was not invited to the conference. Cronin clearly had not read Cosatu’s response to the ANC’s national working committee, Vavi charged.

He added that Cronin contradicted himself in his criticism of Cosatu. “That is why for years, as Jeremy concedes, it has been the policy of not only Cosatu and the ANC, but also the SACP in particular, to build broad alliances with civil society organisations in order to create and strengthen a hegemony of progressive forces within civil society and weaken counter-revolutionary forces.”

Cronin wrote his criticism in the SACP’s online newsletter Umsebenzi, where he questioned Vavi’s explanation of why the communist party and the ANC were not invited to take part in the conference.

He also accused the Cosatu leader of singling out black political parties in his speech at the civil society conference, playing into the hands of “right-wing liberals”.

“This anti-politics politics, with its hint of Afro-pessimism — unintentionally, no doubt — plays straight into the hands of anti-majoritarian right-wing liberals,” said Cronin.

Vavi said Cronin’s outbursts reflected the pressure exerted on civil society groupings by both the capitalist and the working class, each competing for their allegiance.