SA gears up for a greener economy 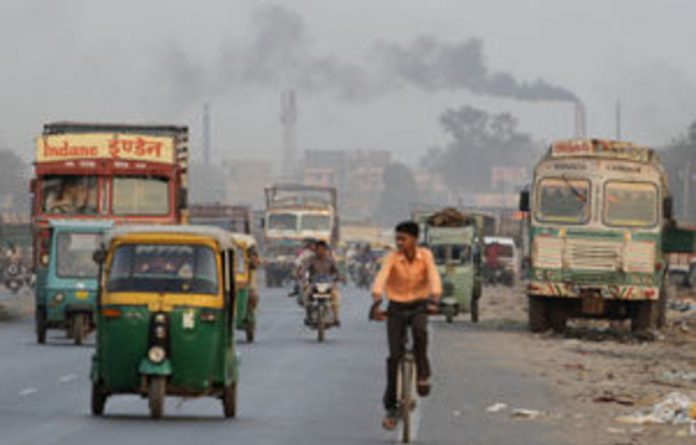 Internationally and in the context of climate change there is a movement towards energy efficiency and sustainable use of the planet’s natural resources. This is spurred by the recognition that action is needed now to protect global resources in the future.

Global warming is caused by an increase in the concentration of greenhouse gases in the atmosphere, which leads to an upsurge in the amount of thermal radiation near the
Earth’s surface. This, in turn, causes a rise in temperature and long-term changes in weather patterns.

In layman’s terms the plant material that has been compressed beneath the Earth’s surface over millions of years in the form of fossil fuels is rapidly being consumed by the human race as a source for energy. The burning of this carbon material to generate power results in greenhouse gases being emitted into the atmosphere.

According to the International Panel on Climate Change, a body comprising scientists from around the world, we face an average temperature increase of more than 2°C this century if greenhouse-gas emission continues to rise at its current pace.

Fossil fuel dominance is expected to continue until 2030 and beyond. Without additional policies, global greenhouse gas emission is projected to increase by 25% to 90% by 2030 relative to the year 2000.

In South Africa 79% of the country’s electricity is generated through the burning of coal, generally considered to be one of the dirtiest means of power generation. According to the Climate Analysis Indicators Tool (Cait) (2008) South Africa ranks 17th among the world’s top greenhouse gas emitters.

Within the context of reducing greenhouse gas emissions, government has initiated various programmes and policies to expand the country’s energy supply beyond coal-fired power generation and to introduce “cleaner” sources of energy supply.

Copenhagen commitments
At the United Nations Climate Change Conference 2009 held in Copenhagen, Denmark, in December last year political agreement was reached by 28 leaders and subsequently endorsed by more than 100 countries. This agreement is known as the Copenhagen Accord there was clear commitment from South Africa to become a clean-energy producer in the future.

Essentially, we agreed that we would, as a country, try to reduce our greenhouse-gas emissions by 34% by 2020 and by 42% by 2025, based on two conditions. The first is that an international agreement is reached and the second that the financing, technology and capacity building that would enable us to achieve it is provided by the international community.

Based on the Copenhagen commitments, government is putting increasing emphasis on the concept of a green economy. A green economy focuses on green-energy generation based on renewable energy sources in place of fossil fuels, as well as energy conservation and efficient energy use. It also refers to theCopenhagen Accord.

In the job creation that could be achieved through the development of clean, renewable energy technologies. Economic analysts predict that clean energy will have the same effect on the global economy as the personal computer revolution of the 1980s.

Government is committed to cleaner energy. We’ve made commitments in Copenhagen and we intend to give effect to these commitments. A part of that is to develop a broader industry in terms of a green economy.

Balancing ‘dirty’ energy with clean supply
The provision of alternative sources of energy such as wind, solar and nuclear power is strongly supported. Government is continually focusing its efforts to meet the energy-efficiency target of 12% by 2015 and to enhance renewable energy targets by creating an enabling environment for clean energy.

However, the drive towards clean energy does not mean that coal-fired power stations will immediately be closed down, but rather that South Africa will gradually reduce its dependence on using coal to produce electricity.

A green economy cannot be created overnight. It requires a delicate balance between fostering the development of clean-energy technology and supplying the national grid to support economic development.

The country is using electricity at a rapidly growing rate. This means that government will have to develop renewable sources of energy and become more energy efficient, over and above the two new coal-fired power stations — Medupi and Kusile.

Government is approaching South Africa’s energy supply holistically. It realises the importance of the development of a green economy and has publicly committed itself to cleaner sources of energy supply in the Copenhagen Accord.

At the same time, however, it needs to cater for economic development by ensuring a reliable energy grid and therefore new coal-fired power stations will be built.

While doing so, more efficient electricity usage will be stimulated and encouraged by government among a series of stakeholders to ensure a more sustainable energy future in South Africa.

Due to covid-19, there are aeroplanes jetting about with few, if no passengers in them, which means those planes are releasing unnecessary greenhouse gases that will trap heat and warm this planet for decades to come
Read more
Environment

Florence Sosiba, speaks to the Mail & Guardian about how important domestic workers are and exclusion in the COIDA
Read more
Business