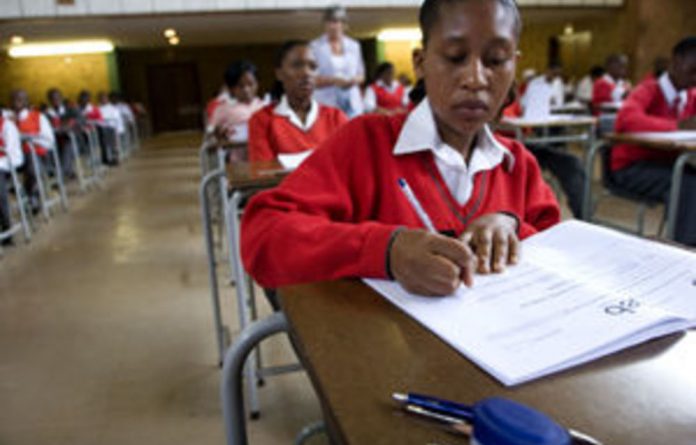 How many pupils in non-fee schools are still being forced illegally to pay fees?

The question arises from a comprehensive study on access to schooling released this week.

The study also raises questions about how many pupils at fee-paying schools who qualify for exemption are still denied this officially sanctioned right.

Based on data from 4 400 households across the country in 2007, the report, Access to Education, reveals that a quarter of learners attending the poorest one-fifth of schools (the so-called quintile one schools) and 46% of those attending quintile two schools were still paying fees.

That year it became government policy that they would become no-fee schools, according to the report, released on Thursday by Social Surveys Africa and the Centre for Applied Legal Studies (Cals) at Wits University.

“We don’t have the latest data on this but I am sure there is still non-compliance,” said Sarah Meny-Gibert, a Social Surveys researcher.

It is illegal to deny children any educational rights — such as admission or receipt of their report cards — because of their inability to pay fees.

“The non-compliance of schools with fees policies does not necessarily involve denying a child entry into the school if they did not pay but rather punishing the child for not paying fees,” Meny-Gibert said.

The Mail & Guardian randomly chose a quintile three school this week and problems were immediately evident.

“We have not been told anything about our school being a no-fee school.

“Even in the last parents’ meeting I attended in September the teachers were reminding us to pay school fees,” a parent at the Free State school said. She said she had not only paid fees for this year but, “to avoid problems”, had prepaid for 2011 as well.

The report notes that other forms of punishment used by schools include preventing learners from writing exams, threatening them with expulsion, refusing to provide them with textbooks and singling them out in class.

One reason why schools still demanded fees when they should not was because of acute financial problems caused by the late transfer of funds to them from provincial education departments.

A 2008 study by the Alliance for Children’s Entitlement to Social Security, cited in the report, said late or unreliable transfers “played havoc with school cash flows”.

“In the absence of timely transfer of state funds to schools, strong incentives are created for no-fee schools to charge fees or to ask caregivers for other financial contributions, such as payments for school lunches and firewood, which we encountered in a rural school in Limpopo.”

But the late transfer of funds was no excuse for schools to penalise pupils themselves, Meny-Gibert said. Schools had to be upfront with parents and inform them of their rights in relation to fees — whether the school was fee-paying or no-fee.

On the other hand the study refers to “anecdotal evidence” suggesting that the transfer of state funds to schools had improved by 2008 and “may have resulted in improved levels of compliance by schools with the no-fee and exemption policies”.

The study also suggests that the high levels of non-compliance by schools could be an interim problem deriving from a “transition period” from 2007 onwards as formerly fee-paying schools adjust to their new no-fee status.

Cals still received calls from parents and caregivers who had that problem, she said.

Legally, state schools are obliged to inform parents and caregivers of their children’s right to access schooling, even if they cannot afford fees, and to inform them also that they can apply for exemption, the report notes.

But, judging from the calls to Cals’s hotline, many parents were still struggling to obtain basic information about the procedures for applying for exemption, Keightley said.

“There isn’t a problem with the exemption policy itself, but accessing the process at the schools is a problem,” Keightley said.

A Free State parent whose child attends a quintile four school (that is, fee-charging) told the M&G she could not afford her child’s fees and had already received a letter from the school saying her child would not get her report card at the end of the year.

That kind of punishment was both illegal and caused severe strain to learners, parents and caregivers, Meny-Gibert said.

The information collated in the report should assist in designing appropriate interventions on persisting problems, Meny-Gibert said.

“What we need is a massive campaign to empower parents and care-givers on their right when it comes to no-fee schools and applying for exemption from paying fees in fee-paying schools,” she said.

The no-fee policy was introduced in 2007, so “the ‘relatively high’ levels of non-compliance to the provisions of the policy can be ascribed to the fact that it was new as well as to a degree of uncertainty among schools as to what exactly was required from them,” said Granville Whittle, the basic education department spokesperson.

“Subsequent public advocacy as well as training of provincial officials, school management and governing bodies has addressed this problem to a large degree.”

Quintile three schools could apply to provincial education departments to remain fee-charging, but would then be reclassified as quintile four or five.

“Fee-charging schools are compelled to apply the [legal] provisions regarding fee exemptions and are also not allowed to victimise learners in any manner whatsoever because of non-payment of school fees, even if their parents are not entitled to exemption,” Whittle said.

“Parents should report non-compliance with exemption regulations by a school or any incident of victimisation of a learner because of non-payment of school fees to the relevant district office or provincial office.”