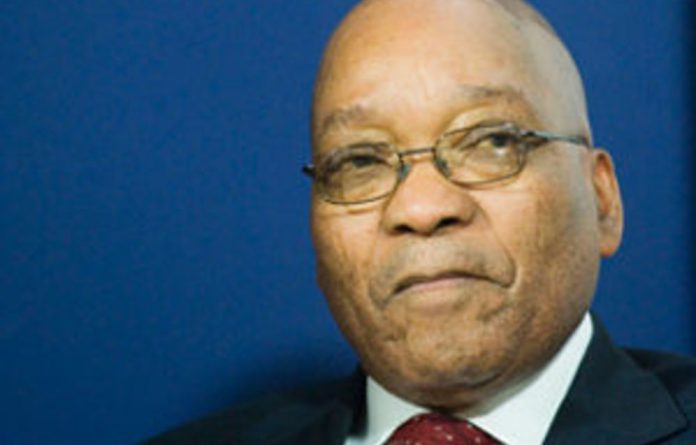 As of this week South Africa has three economic policies — or is it four? And that’s just the government. The ANC and its alliance partners account for several more.

There is the budget of the national treasury, a fiscal expression of the state’s intentions as it balances its priorities and its resources within the framework of carefully modelled expectations for the next few years. The clear hallmarks of last month’s medium-term budget policy statement were prudence, restraint and a sense of the enormous risks still facing the global economy.

Then there is the industrial policy action plan (iPap) of the trade and industry department, announced a few days later, with its focus on state spending to support fragile emerging industries, but very little hard detail, particularly on funding commitments.

The iPap’s vision is of a state not hemmed in by cash and capacity shortages, or threatened by the rip-currents of global markets, but confidently and efficiently building the future out of light manufacturing and minerals beneficiation. This week’s moves to impose pricing discipline on steel giant ArcelorMittal and its iron ore suppliers are probably the most substantial sign yet of real political will to drive this approach.

Swerving left and right
Now Ebrahim Patel has given us a new growth path (NGP), hacked out of the political thicket by his economic development department. This brief document has taken a long time to find its way out of the forest, and it is easy to see why. Where it encounters a thorny patch, it swerves left or right, following the line of manageable resistance.

So, there is a commitment to monetary policy probity, but a promise to “free” the Reserve Bank to cut interest rates by using other, softer, mechanisms to control inflation.

A beefed-up state mining company is in the mix as sop to the would-be nationalisers, along with a promise to reform black economic empowerment, which the Cabinet specifically insisted on, say people familiar with the preparation of the document.

The call for a national pact on wage moderation echoes the call of Pravin Gordhan, the finance minister, for a new social contract, but it follows hard on the heels of a 5% salary increase for Cabinet ministers (inflation plus 50%).

Meanwhile the youth employment subsidy Gordhan has mooted over the howls of labour — and funded to the tune of R6-billion — is nowhere to be seen. And the plan to push pension fund investment into “developmental” projects is a clear effort to work around treasury reluctance to fund uncertain prospects. We’ll see what government workers have to say about that potential threat to their retirement earnings.

Perhaps then, the NGP is not so much a new policy direction but an explanatory memorandum for the co-existence of all the others. One might even cast Patel in the role of Joseph Conrad’s Marlowe, with the NGP the glow that “brings out the haze”.

Cosatu’s statist fantasia
Those who back Patel’s approach and have tried to help get it adopted by Cabinet — the leaders of the sensible left — will tell you that he has been “champing at the bit” to finalise the document and start pursuing concrete outcomes. But progress has been slowed by the enormous political sensitivities surrounding just about every proposal.

Patel’s original political sponsors — the unions, who saw him as their man in Cabinet — are seriously annoyed that the NGP so little resembles Cosatu’s statist fantasia.

Private sector bosses are non-committal in public, but in private are scathingly critical of what they see as a muddled and contradictory approach that fails to take account of brutal global conditions and local realities.

The NGP document is not uniformly bad, or unwelcome. But in the larger context, both local and global, it is fresh evidence that President Jacob Zuma’s anxiety to keep on board opposing parties tends to trump his capacity to make choices.

The crowded vessel is at the edge of the maelstrom of the global economy. Instead of coordinating a rapid paddle towards minimal security, the occupants are arguing about the rate at which it is shipping water. Worse, lunatics are standing on the thwarts rocking the whole arrangement.

Point scoring
The ANC Youth League’s Julius Malema and Floyd Shivambu are calling stridently for the nationalisation of mines and banks principally because they can use the issue as a political lever. They seem incapable of articulating, perhaps even understanding, the likely consequences of such a policy, but it is useful for scoring points at the ANC’s national general council and at rallies.

Instead of bluntly repudiating them, Zuma resorts to coded blandishments about nationalisation not being ANC policy. And the party’s economic brains trust, too lily-livered simply to reject to the idea outright, tries to kick for touch with its independent study proposals — which provide the youth league with fuel for a fresh fight over terms of reference.

And instead of telling that slush fund of youth league patronage, the National Youth Development Agency, where to get off, the government is funding its ludicrously wasteful boondoggle of an international conference even as it struggles to find cash for Eskom and, indeed, for its own industrial development plans.

There is a louder noise than Malema’s and a more urgent one — that of Europe’s debt crisis sucking in emergency funds and bond market alarms going off. There is also the whoosh of dollars unleashed by head of the United States Federal Reserve Ben Bernanke flooding into South Africa and pushing up the rand, and of budgets in our main export markets clanging shut.

It is a brutal new world out there and the constraints on South Africa’s ability to fund a new growth path, let alone Malema’s old road to ruin, are severe. We need foreigners — and locals — to invest in mines, factories and other underpinnings of long-term growth, not just to pop in and out in search of a hot interest rate.

Economic policy is fundamentally about choices and Zuma must now make them. Three simple steps suggest themselves:

That may all look terribly risky to a president who sees the world as a mass of contending forces to be balanced. But the balancing act isn’t turning out too well right now and real leadership may prove the safest course of all.