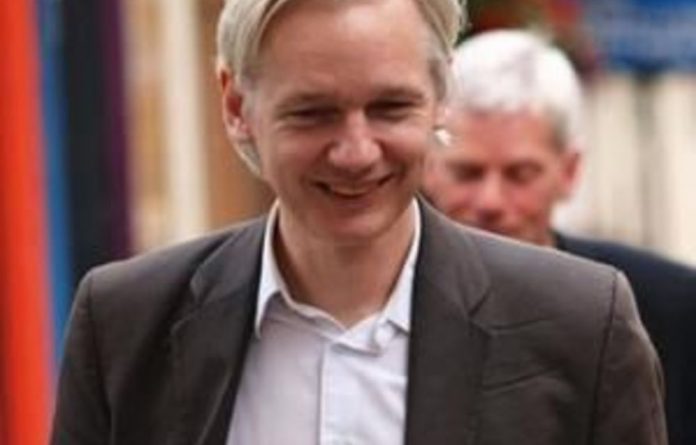 The set of US embassy cables released by WikiLeaks this weekend that sent shockwaves through the world, has a South African twist.

They reveal that senior African National Congress members gave confidential information about the inner workings of the ANC to the US government before the 1994 elections with ANC stalwart Winnie Madikizela-Mandela seemingly helping US officials gain access to Madiba.

One cable, sent from the US embassy in Pretoria on May 3 1990, describes how former South African Broadcasting Corporation (SABC) boss and now mining businessman Zwelakhe Sisulu persuaded the top leadership of the ANC at the time that Nelson Mandela should refrain from meeting United Kingdom prime minister Margaret Thatcher.

Mandela, who headed the ANC at the time, and was formally elected as its president a year later, apparently was “keen” to meet Thatcher because he wanted to talk to her about the UK viewing the ANC as a “terrorist organisation”. However Sisulu, who ran Mandela’s appointment diary, argued successfully that the national executive committee veto the idea.

This information was given to US intelligence agents by Gabu Tugwana, then deputy editor of the Nation newspaper, which Sisulu, son of ANC stalwart Walter Sisulu, was editing at the time. Tugwana was until 2008 a spokesperson for the city of Johannesburg.

“Gabu Tugwana (Protect), Sisulu’s deputy at the ‘New Nation’ newspaper, told USIS [United States Information Services] officer April 27 that Sisulu had been the most persuasive speaker at the ANC executive meeting which decided the issue of whether to meet Thatcher,” said the cable.

The document also reveals information given to US officials by UDM leader Bantu Holomisa, who was at the time the head of the Transkei government.

“Transkei leader Bantu Holomisa became so frustrated by dealing with Sisulu for Mandela’s visit [to Transkei] he told us he insisted on complete control of Mandela’s schedule as the price for the Transkei government’s co-operation with the visit. Sisulu relented.”

‘An ironic twist’
The anonymous US intelligence agent who wrote the text for the document marked “confidential” expressed the frustration the US embassy in Pretoria had at the time in arranging a meeting with Madiba.

“It took seven weeks of steady hounding to obtain an appointment for ambassador Swing [US ambassador at the time] with Mandela. In an ironic twist, the formerly undependable Winnie [Madikizela-Mandela] has now become one of the most effective channels to Mandela.”

The document does not elaborate on Mandela’s former wife’s role.

The document quotes Sisulu where he complains to US officials that his job as Madiba’s gatekeeper is taking its toll.

“‘Mandela needs a government around him, not just me, to handle his schedule,’ he recently lamented to us”, reads the document.

A frank assessment of Sisulu, who is the brother to national assembly speaker Max Sisulu and defence minister Lindiwe Sisulu, is also part of the document.

“Sisulu is a man of many talents, and we don’t doubt he has the intellectual fortitude to convince his seniors in the ANC of almost anything but the overwhelming job of keeping Mandela’s appointment book is taking its toll. With the still tight competition for influence in the Mandela entourage, Sisulu’s lack of administrative acumen could prove a distinct liability.”

The ANC was not immediately available for comment on Sunday night.

WikiLeaks bombshell
The bombshell is just one of many revealed in the latest Wikileaks postings of 250 000 confidential US diplomatic cables.

The international non-profit website has gained notoriety for its publication of secret documents from high profile organisations and governments.

In April this year a video showing a US Apache helicopter killing Iraqi civilians during a 2007 attack made headlines when it was published on a website called Collateral Murder, thanks to WikiLeaks.

The ‘Afghan War Diary’ in July 2010, detailing more than 76 900 previously undisclosed documents about the war in Afghanistan, shocked the world, as did the website’s subsequent release of the “‘Iraq War Logs” in October.

In Sunday’s cablegate, as it is being dubbed on social networks, WikiLeaks worked with international media outlets, including El País, Le Monde, Der Spiegel, the Guardian, and the New York Times, to leak the documents after an attack on its website.

The website was down for several hours on Sunday, after it experienced a massive distributed denial of service attack (DDoS) — a malicious flooding of a website with huge amounts of traffic, preventing it from functioning properly for its intended users.

It is speculated that the attack was launched in a last-ditch attempt to prevent the website from publishing the highly sensitive documents after a to-and-fro between UK and US governments and media outlets as well as the site’s director, Julian Assange. This after the site’s Twitter announcement on November 22 that the next release would be “7x the size of the Iraq War Logs”, sparking fears in the diplomatic community.

Published
However despite the attack some of the documents, including the ones pertaining to Mandela, were published shortly afterward on the Guardian website.

The rest of the documents will be made available on the WikiLeaks website in batches, starting from Sunday.

A statement from the White House on Sunday said: “We condemn in the strongest terms the unauthorised disclosure of classified documents and sensitive national security information”.

The cables capture daily communication between the US state department and its 270 embassies and consulates — detailing the superpower’s true relationship with the rest of the world. Some of the explosive revelations include how the Saudi King and other Arab leaders urged the US to attack Iran, and the US’s spying of the United Nations’ leadership as instructed by Hillary Clinton.