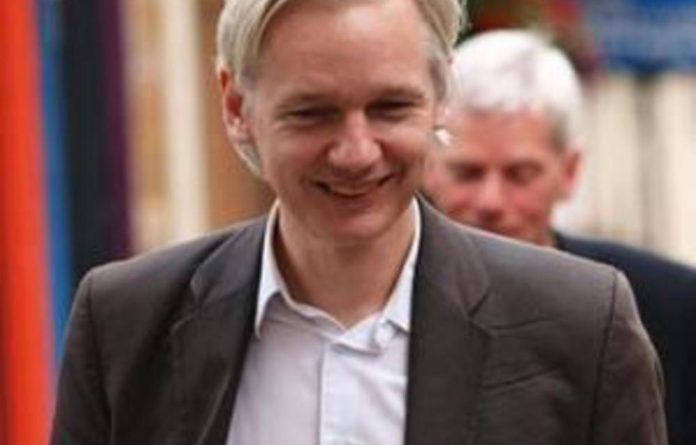 After the latest WikiLeaks revelations, the United States government is reversing almost a decade of post-September 11 efforts to nudge US officials into sharing sensitive documents.

The Pentagon has detailed new security safeguards, including restraints on small computer flash drives, to make it harder for any one person to copy and reveal so many secrets. The clampdown parallels efforts at other agencies.

For the military it represents a throttling back of initiatives to let other agencies see more of the vast trove of data the Pentagon collects. The new attitude may also make intelligence information less widely available to low-level soldiers serving at “the tip of the spear” in Iraq and Afghanistan.

The tightening of sensitive information comes as the Obama administration on Monday branded the leak of more than a quarter-million diplomatic memos an attack on the US and raised the prospect of criminal prosecution against the online clearinghouse WikiLeaks.

US Secretary of State Hillary Rodham Clinton said WikiLeaks acted illegally in posting the material. Speaking in between calls to foreign capitals as she made amends for the posting of the unvarnished memos, Clinton said the administration was taking “aggressive steps to hold responsible those who stole this information.”

US officials say they already see the information chill setting in. One official in contact with US military and diplomatic staff in Iraq says the State Department and other agencies are tightening information-sharing and restricting access between the Army and nonmilitary agencies. The official spoke on condition of anonymity to discuss the sharing of classified information.

Adequate information
Access to much of that diplomatic material had been loosened after the September 11 attacks. The success of the al-Qaeda plot was blamed in part on evidence that the US intelligence community had adequate information on the impending attacks but failed to connect the dots because it did not share its intelligence. The walling-off of such critical information is known as “stovepiping”.

As part of the 9/11 Commission reforms, the position of director for national intelligence was created to serve as nexus and arbiter for the 16-member intelligence community and to ensure stovepiping was avoided. Various government agencies were given access to terminals in each other’s data systems. In the case of the Pentagon and State Department, it brought wholesale sharing of information on the same computer system.

That loosened access may have helped enable a lone Army private to obtain sensitive files. Bradley Manning is being held in a maximum-security military brig at Quantico, Virginia, and though he has not yet been charged in the latest release of internal US government documents, WikiLeaks has hailed him as a hero.

Officials said Manning is the prime suspect in the leaks partly because of his own description of how he pulled off his heist of classified and restricted material. “No one suspected a thing,” Manning told a confidant afterward, according to a log of his computer chat published by Wired.com. “I didn’t even have to hide anything.”

Manning is charged in military court with taking other classified material that was later published by WikiLeaks. It is not clear whether others such as WikiLeaks executives might be charged separately in civilian courts.

Manning may have defeated Pentagon security systems using little more than a Lady Gaga CD and a portable computer memory stick. In his internet chat, he said he brought a homemade music CD to work with him, erased the music and replaced it with secrets. He told a computer hacker, who later turned him in, that he lip-synched along with the pop singer’s hit Telephone while making off with “possibly the largest data spillage in American history”.

“The idea that you can share information without increasing the risk of leaking is foolishness,” he said. “That doesn’t mean you don’t share, but you have to be really careful about how you do it.”

Brenner said he argued for a costly overhaul of most US intelligence sharing systems. His recommendations focused on reforming how the systems are engineered, so they automatically barred access or allowed only tiered access to certain information and controlling and monitoring who has access and how the access is used.

Republican Representative Mike Rogers of Michigan, a member of the House Intelligence committee, says he’d already heard from US intelligence professionals that they “won’t put information up on the (classified) SIPR net,” which is the military’s information highway.

SIPR is short for Secret Internet Protocol Router Network, and it’s thought to be the route by which accused leaker Manning accessed the information.

After 9/11, the cash-strapped State Department adopted use of the SIPR net because it meant easier sharing of information with the military, according to representative Mac Thornberry, a Texas Republican. The two organisations have been called on to work far more closely together in recent years under the doctrine of counterinsurgency.

But until access to that system is changed or somehow modified, diplomats “are going to put a lot less in cables now,” predicted former CIA director and retired Gen. Michael Hayden. He said people would likely “stick to phone calls,” depriving policymakers of necessary decision-making information.

Hayden urged intelligence professionals not to reverse the data sharing that was encouraged after the intelligence failures of 9/11. Sharing information “like a network, point-to-point, instead of trickling down from the top has been a war-winner,” he said. Still, he too called for more monitoring of who is accessing what and how.

Thornberry said the House intelligence committee will probably hold hearings early next year on how to improve computer security. He said the State Department latched onto the military system without thinking through how widely available that information would become.

South African twist
On Monday, Wikileaks revealed that senior African National Congress members gave confidential information about the inner workings of the ANC to the US government before the 1994 elections with ANC stalwart Winnie Madikizela-Mandela seemingly helping US officials gain access to Madiba. — Sapa-AP