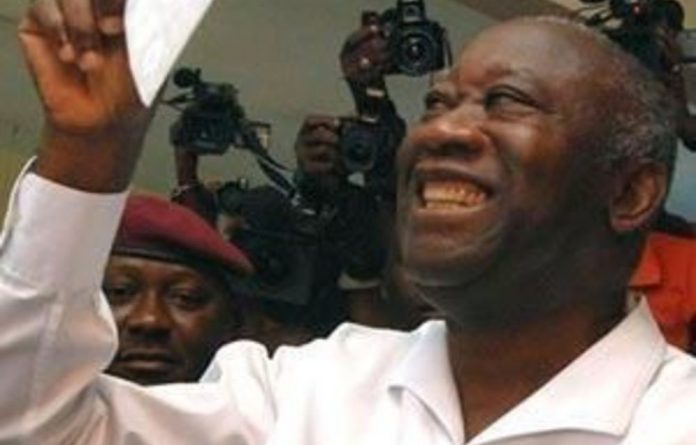 The election aims to end a decade of instability in the West African country, the world’s top cocoa producer, but tension reigned as the country braced for the first mainland results on Tuesday morning.

The United Nations mission insisted the vote was conducted democratically overall despite isolated abuses, but each side accused the other of irregularities.

The electoral commission said late on Monday that with a few thousand overseas ballots counted, 60% had voted for challenger Alassane Ouattara and 40% for his rival, President Laurent Gbagbo.

The president raised the ante meanwhile, his spokesperson, Pascal Affi N’Guessan, saying his camp had applied to the commission to have votes in the rebel-held north annulled due to alleged abuses.

Partial results from the millions of mainland voters were due to start rolling in later on Tuesday, the commission said.

Calls for calm multiplied amid fears that violence could escalate.

“We have gone from verbal aggression to physical violence and it seems the worst is yet to come,” warned a grouping of Christian and Muslim leaders in a statement on Monday.

The head of the UN mission in Côte d’Ivoire, Choi Young-jin, said three people were killed on Sunday, raising an earlier government toll and bringing to seven the number reported dead in a week of violence.

However “despite incidents, which were sometimes violent, in the west and north of the country, the second round of the election was generally conducted in a democratic climate,” Choi told a news conference.

Ouattara’s RDR party said voters had been intimidated by security forces and barred from voting and alleged voting papers had been tampered with.

Gbagbo’s side, meanwhile, said voting in the northern half of the country was “not transparent overall” and alleged northern New Forces rebels had “ransacked polling stations” in several towns.

The electoral commission said on Monday turnout for the second round was about 70%, down from 83% in last month’s first round. It is legally obliged to announce a winner by Wednesday.

The election, postponed six times in five years, aimed to stabilise what was once West Africa’s most prosperous country, in crisis following a 1999 coup and a 2002 civil war that split Côte d’Ivoire in half between north and south.

The vote was a close-fought bout between Gbagbo (65), a southern Christian who has held on to power since his term expired in 2005, and Ouattara (68) from the largely Muslim north.

“According to figures in our possession, Laurent Gbagbo cannot lose this election,” N’Guessan told a news conference Monday.

A lawyer for Ouattara’s party, Chrysostome Blessy, insisted on Sunday that Gbagbo “cannot win, even by cheating.” — AFP