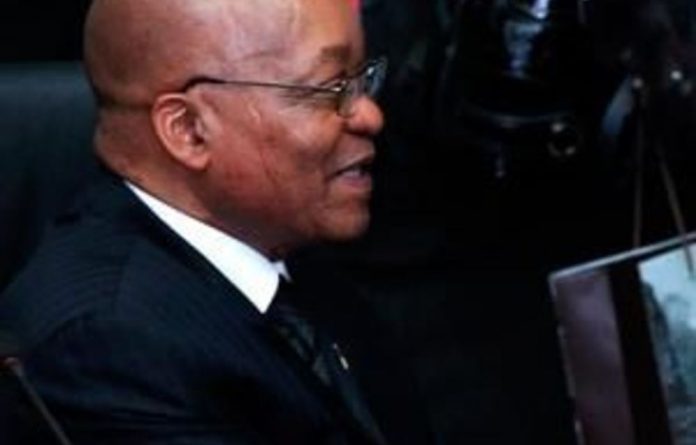 If 50% is a pass mark, President Jacob Zuma’s Cabinet of 2010 has failed, according to the Democratic Alliance (DA).

In its end-of-year Cabinet report card, the DA has awarded the senior members of government’s executive branch an overall score of 4,7 out of 10. Last year, they scored 5,4.

Zuma himself was given two out of 10.

The 2010 Cabinet Scorecard was tabled in Cape Town by DA parliamentary leader Athol Trollip on Thursday.

The report gives a mark of more than 50% to only 10 of the 27 ministers who survived Zuma’s October Cabinet reshuffle.

Top of the class is Finance Minister Pravin Gordhan, who gained a distinction with a score only one point shy of a perfect 10. Following closely is Health Minister Aaron Motsoaledi, who scored eight out of 10.

At the opposite end of the score card is State Security Minister Siyabonga Cwele, who scored one out of 10.

The DA scores ministers, and the president and deputy president, in terms of the political direction they give, their openness and accountability, and the way they manage the administration and finances of the departments they head.

Scathing
The report is scathing about Zuma’s performance as president.

“His performance this year has demonstrated that he simply doesn’t have what it takes to lead South Africa.

“The president is hard to match on points for charm, but when it comes to the realities of leading a nation, he has shown no leadership and no vision.”

The country’s top post, the report says, “is all but vacant”.

Of the nine ministers who lost their posts in October, the DA report suggests two of them should not have been sacked.

“She was, indeed, a national embarrassment,” the report notes.

Political loyalty
Trollip described the existing Cabinet as one “compiled on political loyalty rather than on ability to provide proper service delivery to the country”.

In a joint statement with DA MP Lindiwe Mazibuko, issued at the briefing, he described Zuma as one of the weakest performers in his own Cabinet.

“His low score [of two out of 10] was earned for a year of broken promises and failure to practise as he preaches, and for his complete failure to drive critical projects,” they said.

In the report, Zuma’s deputy, Kgalema Motlanthe, fares considerably better than his boss.

The scorecard awards him six out of 10, and notes he has shown “flashes of leadership and decisive action” during the past year. — Sapa